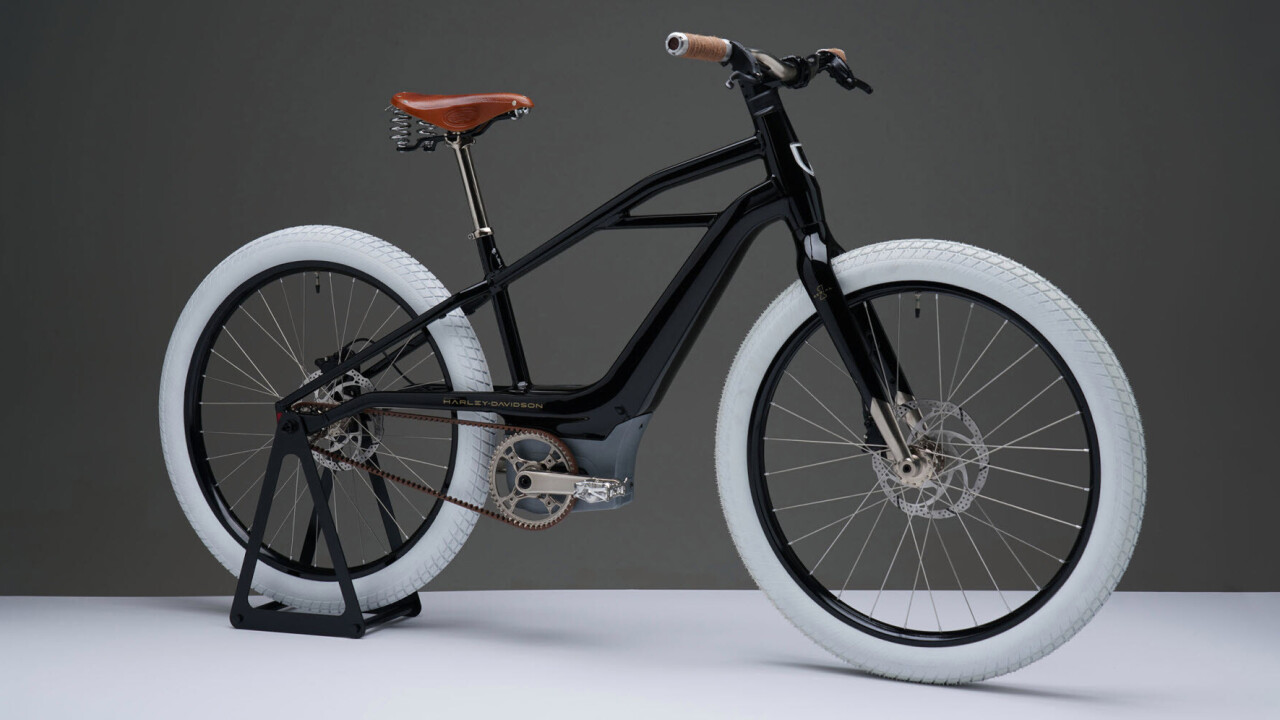 Harley-Davidson of motorcycle fame this week announced it has created a new brand dedicated to electric bikes: Serial 1 Cycle Company. In announcing the company, it also teased a stylish new ebike that may or may not make it into production:

It might not be to everyone’s taste, but you’ve got to admit that looks pretty unique. Unfortunately, it’s not clear whether the final bike will end up looking like this; according to Electrek, the model above is its first prototype, which Harley Davidson says is “a styling exercise, not necessarily intended for mass production.”

The bike is inspired by Harley-Davidson‘s first motorcycle, Serial Number One, which wasn’t all that different-looking from a bicycle with a motor instead of pedals:

Even if the aesthetics end up looking a bit different — I can imagine those white tires are going to end up real dirty, real fast — it could point to some features we might expect on a production model. For example, the prototype features what appears to be a custom mid-drive motor with a Gates carbon belt. That, expectedly, places it towards the premium side of the ebike spectrum; mid-drive motors usually provide a more natural ride feel than the hub motos on affordable models, and the belt drive is known to be much more durable than your typical chain.

We can also see hydraulic disc brakes with large rotors, a fancy Brooks Saddle with springy suspension, and an overall relaxed geometry. The tires look a whole lot like the dependable Schwalbe Big Bens or Super Moto-X, which provide suspension by supporting ample air volume (though as far as I can tell, those models aren’t usually available in white).  The battery, headlight, and taillights are all integrated into the frame.

…And that’s about it. No details about speed, battery size, range, power, or anything much beyond pretty pictures, let alone a price. According to Electrek,  Serial 1 Cycle Company is expected to officially release its models in March of 2021, but a countdown on the company’s site suggests it plans to reveal more details on November 16. The site teases a model that appears to come in all black, so there seems to be at least one more color option on the way.