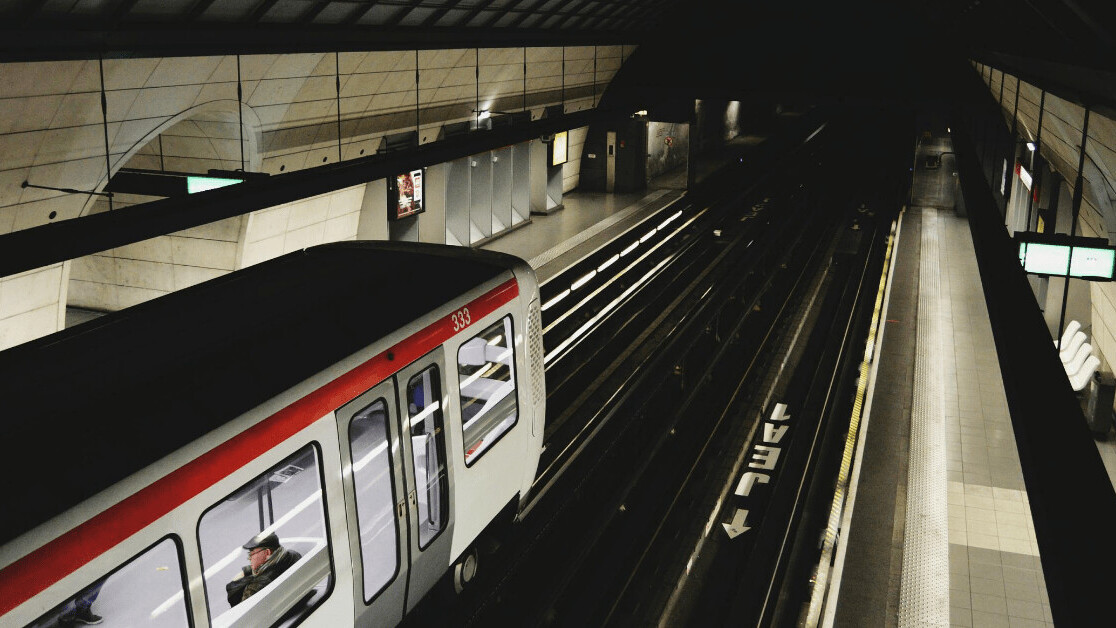 From the end of rush hour and season tickets to hailing a bus like a cab, coronavirus could change the way we move around cities for good.

Public transport systems are predominantly based on using large vehicles with fixed routes, schedules and fares but social distancing, home working and faltering passenger confidence are shifting the patterns these are built around.

Cities face the prospect of seeing the years of work they have put into coaxing citizens out of their cars and onto public transport rolled back in just a few months. Financial viability also hangs in the balance.

Six months into the COVID-19 crisis, mobility leaders on a recent Cities Today Institute digital roundtable highlighted how a new level of flexibility is coming to the fore to manage these challenges. Most of the ideas in play are not new but they are now seeing a higher rate of adoption, acceleration and acceptance as norms are overturned.

Several cities are focusing on offering citizens as many non-car travel options as possible to ease pressure on public transport and minimize congestion. This includes the widespread expansion of bike lanes and pedestrian spaces as well as integration of private sector services.

Pre-pandemic, the City of Lisbon already had a major drive to expand transport capacity and sustainability and boost usage through simplified ticketing and pricing offers. Vasco Móra, Mobility Adviser to the Deputy Mayor, City of Lisbon, described how previously Lisbon’s metropolitan area ticketing system had been confusing, with an overwhelming number of choices. In April 2019, monthly tickets were condensed down to two main options – a municipal pass for €30 (US$35) or an inter-municipal pass covering 18 surrounding municipalities for €40. Subsidized family passes were also introduced, capped at the cost of two metropolitan passes. A few months later, public transport demand was up by around 25 percent, with some lines seeing an increase of up to 35 percent.

“We have everything on demand these days – we have Netflix, we have Internet wherever and whenever, we can watch TV on catch-up, but then we have very fixed schedules of transport. It doesn’t make sense to passengers,” said Móra, noting that people who finish work late at night, for example, need more options as transit services are less frequent.This strategy was coupled with the city embracing services such as micromobility, following citizen feedback that they wanted more transport flexibility.

Now, in light of the pandemic, with public transport ridership – particularly from tourists – reduced, Lisbon is doubling down on this approach.

Móra explained: “We are trying to couple micromobility solutions, including scooters and bike-share, with the bus, meaning that if you have a monthly transit ticket, you can benefit from a big discount on something else. This is huge because you are bringing people the flexibility that public transit doesn’t offer all the time.”

He added: “We have to stop looking at things as all or nothing and start to see it as a probabilistic model, where people hopefully use public transport 80 percent of the time – every time they choose public transport it’s a win, but we have to understand that other times they will need to use micromobility or even ride-hailing.”

Cities such as Columbus and others are also beginning to position public transport stations as multi-modal hubs, and several are considering playing a more active role in the micromobility space in recognition of the role these services now play.

Managing capacity in public space and on public transport is crucial to support COVID-19 social distancing measures and engender trust. A number of cities are using camera-based technology and booking systems to avoid overcrowding.

Amsterdam, for instance, is using heat detection cameras in busy public areas and check-in data on transport, and deploying signage so citizens know when services are full. The municipality has also agreed with universities and schools that they won’t start lessons until after 9am – around 40 percent of rush-hour passengers in Amsterdam are students.

Esseline Schieven, Director of Mobility and Public Space, Amsterdam, said: “We’ve been talking about it for years but COVID-19 meant we were able to make this deal happen.”

Jaspal Singh, Senior Expert – IT and Development at international public transport association UITP, noted that a key trend his organization is seeing among members is the implementation of a mixture of dedicated vehicles and on-demand options to manage peak times.

He said this addresses a key challenge: “On one side you have fewer passengers so you should ideally reduce your fleet but on the other hand, you have to provide space within the vehicles to support social distancing, meaning deploying more vehicles.”

Examples include partnerships between Shenzhen Bus and Didi in China, BVG and ViaVan in Berlin and Uber and Marin Transit in California.

The pandemic is also driving new ticketing flexibility, with many residents traveling around much less and no longer commuting.

Carina Zachau, Deputy Governor, Region Skåne, the regional council of Scania County in Sweden, said: “We realized early that we had to do something because our passengers were not interested in buying a monthly ticket. We quickly invented the seven-day ticket.”

“And we can see that that’s a way to try to get the travelers back,” she added, noting that people have more confidence in making decisions week to week amid COVID-19 uncertainty. The region has also introduced a loan scheme so passengers can share their monthly pass with a relative or friend.

“This is good because it can bring some new travelers to public transport – otherwise they maybe wouldn’t use public transport at all, and they would take the car instead,” Zachau explained.

Another option being floated by some is offering a three-year pass at a much more attractive rate than three separate annual passes – this would be a gamble for cities and operators but could provide some short-term financial certainty.

The Access MIT scheme, for example, is part of what the Massachusetts Institute of Technology calls its “progressive vision for rethinking the culture of commuting and encouraging sustainable transportation practices”.

It was already in place well ahead of COVID-19 but: “It’s an example of the types of partnerships that could encourage more workers out of cars and also contribute to more financial stability for public transport companies,” said Joseph Barr, Director of Transportation, City of Cambridge, MA.

The initiative gives commuters the flexibility to choose, day-to-day, how they would like to travel, providing free, unrestricted use of the MBTA subway and local bus system as well as subsidies for parking and private transport costs as part of an employee benefits package. There could be scope to expand similar programs to more transport operators and employers, Barr said.

Paulo Humanes, Vice-President, PTV Group, a company that provides mobility planning software and consultation, concluded that: “The COVID situation has brought more awareness that we can work together and solve problems quickly. Many of the bureaucratic barriers that stopped us before have been broken down. This highlights the need to understand mobility as part of an ecosystem and not in isolation.”

But the ecosystem approach brings additional complexity too. One delegate said that managing competing demands is their primary challenge.

“We have a lot of congestion but at the same time, we want to give priority to bikes and pedestrians. The more space we give them, there’s more congestion. It’s very complex,” they said.

With a blizzard of decisions to make and a fast-changing landscape, data is increasingly vital.

“The big issue that we’ve been seeing is not necessarily the lack of data, or how data is used but about generating intelligence from the data,” Humanes commented.

He shared the example of a city which struggled to boost pedestrian numbers – the assumption was that people avoided walking because they were worried about falling on slippy sidewalks. Analysis which set out to understand this better to change behavior revealed that most trips actually happened outside bars and restaurants. This wasn’t because of drunken falls, which was the next assumption, but a result of delivery vans parking partially on pavements and causing damage. Heavier, electrified vehicles had made this worse. Adjacent disruption was part of the solution too. A growth in ride-sharing, car-sharing and public transport use meant car parks were often largely empty – these may now be used as micro logistics hubs where cargo is dropped off for last-mile delivery by bikes and e-cargo vehicles.

Humanes said: “To me, that’s an example of how data can be used well – there are amazing things that can be done, sometimes in an unexpected way, by really taking time to understand and identify the issues. Data on its own won’t solve everything.”

While cities are clearly using the tools at their disposal to adapt to the huge shifts the pandemic has thrown at them, some warned that their systems only have so much ‘give’. One roundtable delegate noted that on-demand systems, flexible ticketing, multi-modality and other initiatives were already well established in their city before the crisis.

They said the search for new ideas to bring people back to public transport and plug the revenue gap is becoming “more and more desperate”.

“I don’t think we have a bad offer from the public transport side and it’s not easy to improve it now so it’s like running against a wall, and we can’t find the door,” they added.