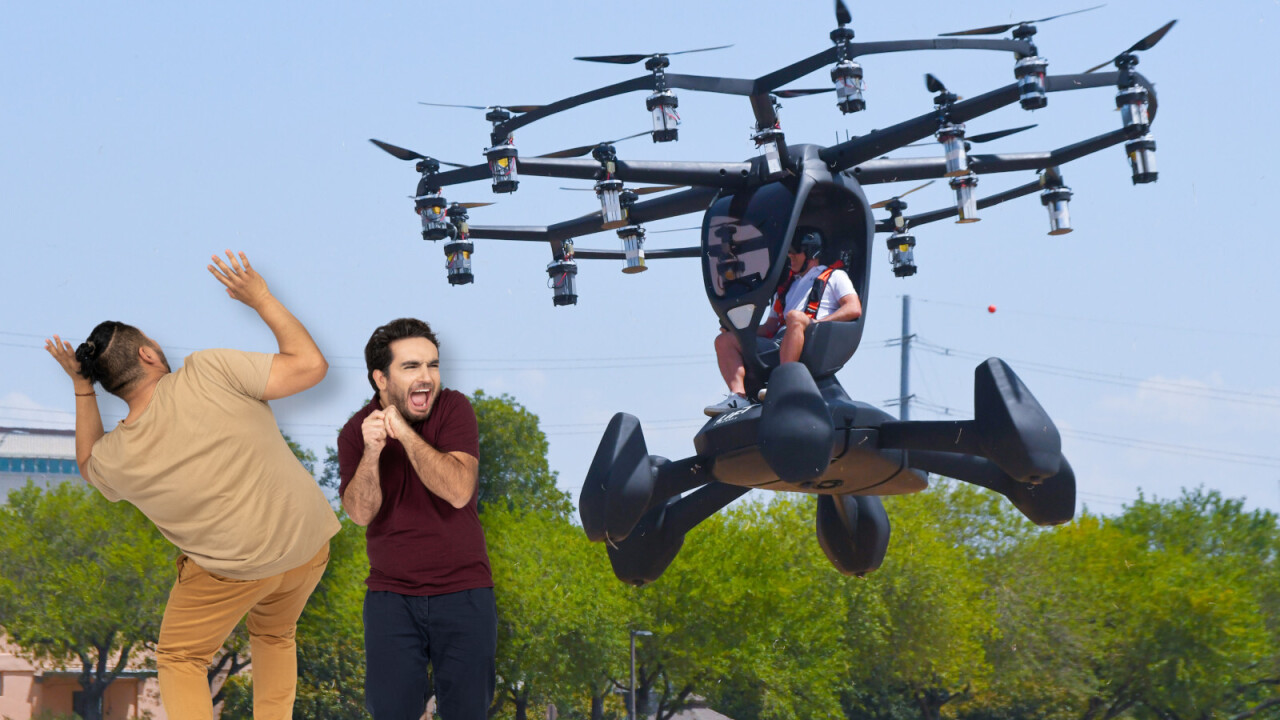 It’s no secret that the US Air Force wants flying cars. The branch of the US Military announced last year that it was starting to explore electric vertical take off and landing  (eVTOL) craft, and earlier this year, said it wants 30 vehicles in service by 2030.

After its first demonstration last week, the Air Force has just got a little closer to this goal. It just so happens that the demo took place 112 years to the day after the Wright Brothers delivered their first military vehicle — the US Air Force seemed quite proud about that.

On Thursday last week, officials gathered in Austin, Texas to witness the first demonstration of a flying car, the 18 rotor Hexa made by Texas eVTOL startup, LIFT Aircraft.

The picture below shows you pretty much everything else you need to know. The Hexa generates lift with a load of electric rotors, has space for one passenger, and it takes off from a standstill in a vertical direction.

LIFT has plans to sell the Hexa to the public too, and it says no pilot’s license is required. I don’t know what’s more terrifying, the military flying these things into combat, or my next door neighbor bouncing off wheely bins as they set off on their commute in one.

One thing is for sure, these eVTOL craft look kinda dorky, or you might even say excessive. We’ll have to come round to their aesthetic sooner or later because that excessiveness is kind of a safety requirement. LIFT says that the Hexa can land safely with up to six rotors disabled.

The demonstration was all part of what the Air Force calls its Agility Prime program, a collection of developers, communities, and events that aims to spearhead the development of personal eVTOL flying cars.

Speaking on the ground in Texas Col. Nathan Diller, AFWERX director and Agility Prime lead said: “We now have over fifteen of the leading aircraft manufacturers in the world applying to partner with Agility Prime, with many of them already on contract.”

“This flight today marks the first of many demonstrations and near term flight tests designed to reduce the technical risk and prepare for Agility Prime fielding in 2023,” they added.

While we can debate the morality of developing tech for war machines, lots of military tech ends up finding its way into the public domain. Hopefully these flying cars are used for nothing more sinister than personnel transport and that the tech will filter down to consumer products.

Whether the world is ready for eVTOL aircraft, though, is a whole other question.