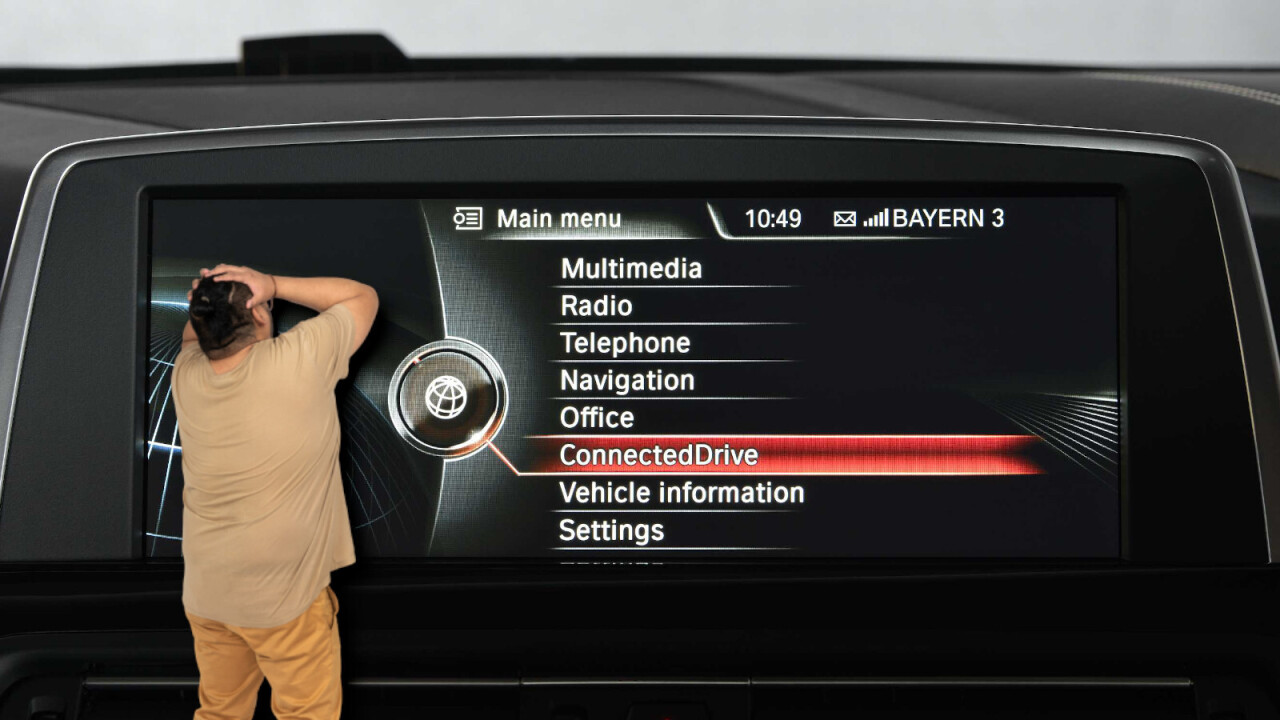 Yesterday, Bavarian automaker BMW announced that it’s going to start offering some vehicle features as paid for options as part of its in-car “connected” services.

In the future, BMW drivers could be able to add features to their vehicle as and when they please, by purchasing options — like cruise control and heated seats — from BMW through the vehicle‘s ConnectedDrive store or the “My BMW App.”

It’s not gone down well

If you needed convincing that this is probably a terrible idea, read this piece by Jason Torchinsky over at Jalopnik. As he points out right away in the headline, “BMW’s new feature subscription plan idea needs to be stopped before it starts.”

While DriveTribe’s report on the matter didn’t go into too much depth beyond the announcement, the comments section clearly shows that people are pissed about BMW’s decision. Roadshow by CNET called the whole thing “ugly.”

Twitter was also awash with criticism of BMW’s plans. Many highlighted the slippery slope that BMW is now perched atop.

In the new BMW you need to pay for a subscription on the luxury options. Missed a payment? No seat heating.

Wow, never in my life i thought I'd see the day when options in your already expensive car will come on a subscription basis. What's next, pay monthly fee to be able to start your engine? How about 49.99$/m to use reverse? It's absurd, and BMW was my favorite car manufacturer… https://t.co/4TMrFRWFH2

BMW is exploring software-as-a-service such as pay for the number of months a year you want your heated seats to work.

Sorry, but if this catches on, I will never buy another new car. Never.

There are plenty of classic cars without this nonsense. https://t.co/FxlgWkzxGh

One witty individual even added a link to the story in the subreddit r/latestagecapitalism. Which kind of hits the nail on the head.

BMW is dressing this up as an opportunity to make your car just the way you want it, and to personalize it to the nth degree, but really it’s nothing more than a way of streamlining production and exploiting potential future revenue streams.

You’ve always been able to personalize your car, at point of purchase and afterwards with third-party parts.

In short, BMW’s subscription idea means that you’ll no doubt end up paying a premium price tag for that premium BMW (because the hardware is already fitted) you’ve been fawning over for years, only to find out most of the hardware it’s equipped with isn’t activated. But don’t worry, BMW’s got your back and will let you pay a fee to enable it!

But where is that going to stop? Will we start getting charged by the minute for the air conditioning? What about using the indicators: 10 cents for every turn? Most would say that last one won’t affect BMW drivers, though. But even so, it doesn’t sound good.

I’m not averse to change, far from it, but I am averse to things that are anti-consumer. While this may give some drivers the opportunity to add features at a later date, when they can afford them, it also means that drivers will be more greatly restricted on how they modify their vehicles.

It’ll also make it a headache when you come to sell your vehicle. Are you supposed to disable your subscriptions? Or do you leave them running for the next owner? Or do you ask them to pay you for them, because you added them as an option? The whole thing is not consumer oriented, not simple, and sounds like too much of a headache.

There might be a few tenuous benefits. For example, used car buyers might be able to add features not originally specified, which may open up the second hand market a bit.

It also might be a boon for those that lease their car. Adding optional extras on lease vehicles can disproportionately increase the monthly fee, but being able to add features only when you need them might help keep costs down.

When it comes to features that are purely software-based, like cruise control, it makes sense. Because every car has the capability to offer that anyway. The real issue is when the features require specific hardware, like heated seats, that is fitted but just not enabled. BMW should steer well-clear of messing with what have always been hardware focused features.

Historically, when you buy a new car you’d specify it at point of purchase, and you then own everything and can use everything as you please. If that’s important to you, maybe BMW won’t be the brand for you. If optional extras get your motor running, something like a Kia or Hyundai might be a better option.

The most painful thing about all this though, is that BMW doesn’t seem to have learned from its past mistakes.

Just last year, the carmaker made access to Apple CarPlay an £85 (about $100) per year subscription. After much furor, the company u-turned on the idea and made the feature free.

BMW told Jalopnik that it’s not going to do anything drastic too soon, though. Hopefully, the company is taking note of this feedback and will act accordingly.

Ultimately, whether this will be a success depends on the finer details, like how much the original price of the hardware equipped car is affected; if it’s substantially cheaper, that’s a good start. Or how feature subscriptions automatically renew. And of course, how much it costs to enable certain features, and for how long.

This has the potential to help BMW access some economies of scale on specific hardware, if that can make upfront vehicle costs lower, then maybe, just maybe this could be a good thing. That’s unlikely, though.

All of this sounds decidedly unfriendly to the consumer, and it creates a list of concerns as long as their arm when it comes to owning and selling their vehicle.

On the surface, I hate the sound of the idea, but I’m willing to give BMW a little more time to figure out the details. I just hope it has learned from the last time it tried something like this.