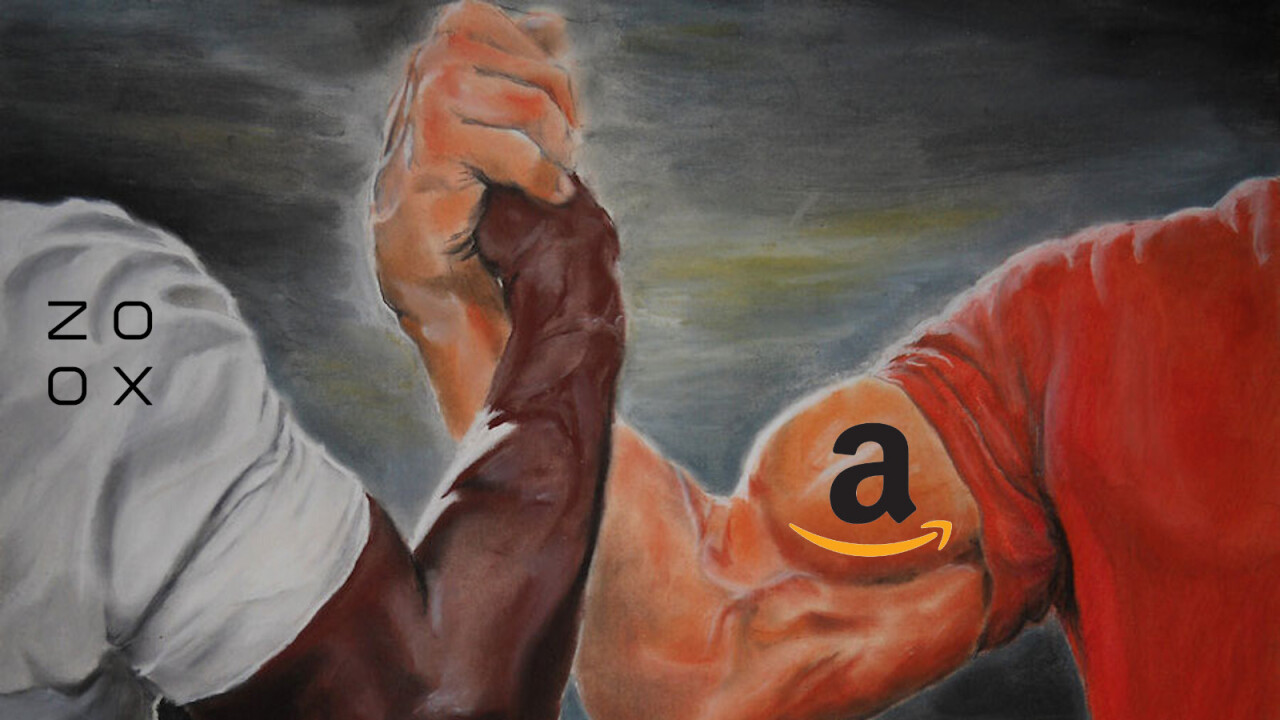 According to a Financial Times report, Amazon recently paid $1.2 billion to buy self-driving tech up-and-comer, Zoox. This makes it Amazon’s biggest foray into self-driving tech, and one of the company’s biggest acquisitions ever.

I need to be honest here, Zoox isn’t one of the startups in this field that ranks high on my radar, so let’s take a quick look at the company before trying to figure out what Amazon is doing.

[Read: UK to begin shared e-scooter trials next week, way ahead of schedule]

Zoox was formed in 2014 and is based in California. The company was started with the goal of creating an autonomous vehicle specifically for the “robotaxi” market. Think of them as potential competitors to the likes of Alphabet‘s (formerly Google’s) Waymo, Yandex, and Uber’s self-driving division.

What makes Zoox unique though, is that the company is developing its own vehicle too. Most self-driving companies focus on developing software and sensors to retrofit to existing vehicles. At the moment the company has been retrofitting Toyotas, though with plans to unveil its debut vehicle later this year.

After some unfortunate layoffs due to coronavirus, Zoox now has around 900 staff working on its self-driving tech. To date, the company has reportedly raised around $1 billion in startup capital, and a couple of years ago was valued at over $3 billion. It looks like Amazon might have got a bit of a good deal here, or chronically undervalued Zoox, but how does it expect to get its money back?

In its official announcement of the acquisition, Amazon said that it’s bought the startup to help Zoox realize its dream. I doubt that’s the real reason, companies don’t buy other companies just to help them out. Amazon could have invested, but no, it bought the company.

What’s more, Zoox, a company that’s had a previous valuation of three times what Amazon paid, accepted the deal. Something tells me there’s more going on here than we’ve been told. What exactly though, remains unclear.

The e-commerce giant has already dipped its toe in the robotics and electric vehicle world, but not both at the same time. Back in 2012, Amazon bought Kiva Systems, a company that made warehouse robots for moving goods around commercial buildings. In February last year, Amazon put around $440 million into EV startup Rivian to build a fleet of sustainable electric delivery vans.

Amazon doesn’t really have much to gain on its present business model by building a robotaxi division. Many have actually criticized the business model of robotaxis, claiming that they’re not actually going to be that profitable compared to regular human-driven taxis.

In the last quarter of 2019, Amazon spent nearly 10 times ($9.6 billion) what it spent on Zoox just on delivering goods to customers. That makes its acquisition of Zoox look like pocket change in comparison.

For Amazon, an e-commerce company, the real money to be made is in delivery systems. Or rather being able to deliver more, with less human involvement, because humans need rest, robots don’t.

Instead, the company could and should explore autonomous tech for deliveries. Imagine the potential if Amazon could get Rivian, Kiva (now Amazon Robotics), and Zoox in a room together.

Rivian is developing one of the most hotly anticipated electric trucks, the R1T. But according to numerous reports, Zoox’s foray into vehicle development has left a lot to be desired. Perhaps the longer term expectation is that Amazon can tie all these business units together, to make one coherent sustainable and autonomous delivery division.

Think more along the lines of Nuro’s painfully cute driverless delivery robot, and I think we’re getting somewhere.

However, Amazon said that it’s going to leave Zoox to its own devices to continue to build its own vehicle and self-driving tech. But if Amazon wants to make its money back, it should get Zoox working on developing delivery robots to cut that massive shipping bill.

Amazon’s got all the pieces of the puzzle, it just needs to put them together.