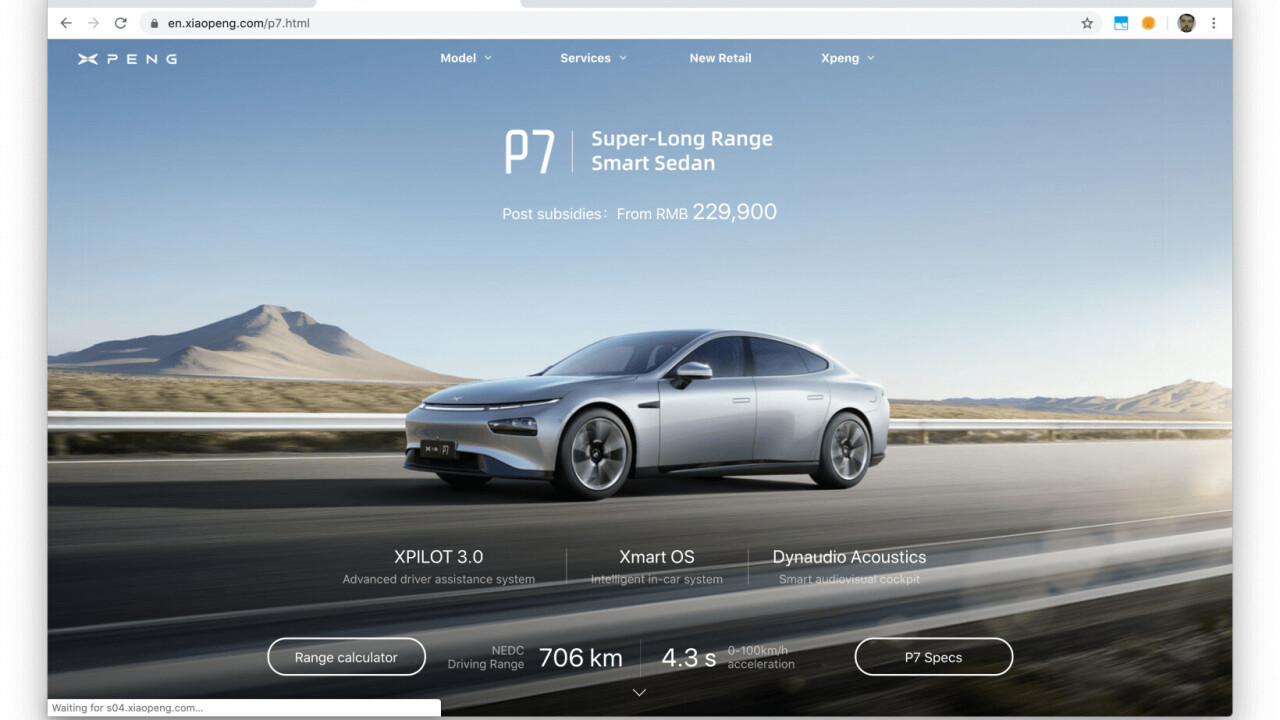 According to a company announcement made last Sunday, Xpeng has started delivering the vehicle across China, South China Morning Post reports. If you don’t know the P7, it costs just $32,470 compared to the Model 3’s $38,350 (after subsidies), it also has 38 km more range than the Tesla.

Understandably people are excited about getting a comparable vehicle for a decent discount.

[Read: Don’t get your hopes up, Tesla probably isn’t working on LiDAR for Autopilot]

The car received glittering praise in a recent first drive by Fully Charged reporter Elliot Richards. The review even shows Xpeng’s approach to marketing which includes a person showing the car off next to a Model 3 and pointing out how the P7 is better.

It’s clear Xpeng wants to take on Tesla, and isn’t afraid of following in its footsteps to make that happen. But it won’t come easily.

Xpeng and Tesla have certainly had an interesting relationship. On numerous occasions, the Chinese carmaker has been accused of copying or stealing from the American EV leader.

Last month, Xpeng updated its website to show off its new P7, however, the whole web design was heavily inspired by Tesla.

Prior to this, in 2019, Tesla started legal proceedings against Xpeng on the basis that it believed the Chinese brand had stolen parts of its Autopilot source code. The case was against Guangzhi Cao, a former Tesla engineer who now works for Xpeng.

The case claims that Cao downloaded the Autopilot source code and sold it to Xpeng when he started working at the Chiense EV maker. Cao denied the claims, saying that he did download parts of the code but deleted it before starting work at Xpeng. The Chinese company said it had nothing to do with Cao’s actions.

Whatever the case, numbers don’t lie and Xpeng is going to have to sell lots of cars to make a name for itself.

In May alone, the US EV maker sold more than 11,000 vehicles in China. From the start of the year to the end of April, Tesla had sold over 32,000 Model 3s in the country. The second place spot was taken by the BYD Qin Pro EV which sold just under 17,000 units over the same time period.

While the lower price and slight bump to range will be positives for some, Xpeng will have to continue to fend-off accusations that it’s “just a cheaper Tesla” and is going to have to sell a heck of a lot of P7s to take on industry mainstays.