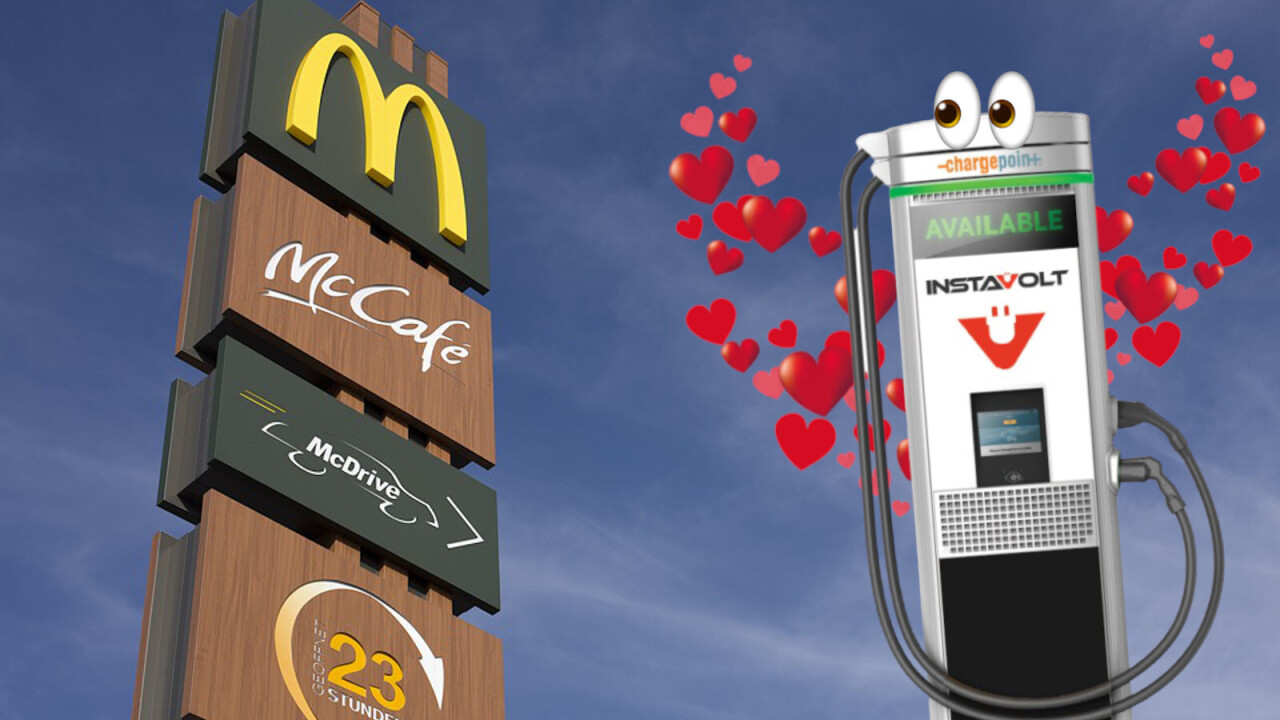 As Burger King in the US is giving away free burgers to irresponsible Tesla drivers, on the other side of the Atlantic, McDonald’s UK is rolling out EV fast-chargers at its restaurants.

The UK arm of the fast-food chain is reportedly installing hundreds of EV chargers at its locations around the country after agreeing a partnership with infrastructure provider, InstaVolt, the Independent reports.

While the burger chain hasn’t given a specific number of restaurants that will get the chargers, it says the units will be installed in its drive-thru locations, which does give us some idea. For reference, there are 924 McDonald’s drive-thrus across the UK and Northern Ireland — that’s a lot of chargers. Great!

[Read: California requires all vans and trucks to drop diesel by 2045]

According to reports, McDonald’s conducted its own research into what would get customers interested in electric vehicles. As you might expect, many cited the lack of charging infrastructure as a main reason for having not made the switch.

The InstaVolt chargers will be of the fast-charging kind, delivering up to 125 kW of power to your EV as you deliver Big Mac to your face.

Beyond that, details are sparse. It seems this news is just an announcement of the deal, we can expect full details on what restaurants will install EV chargers first in the coming months.

One thing’s for sure though, let’s hope the EV chargers are more reliable than the McDonald’s McFlurry machines, eh.