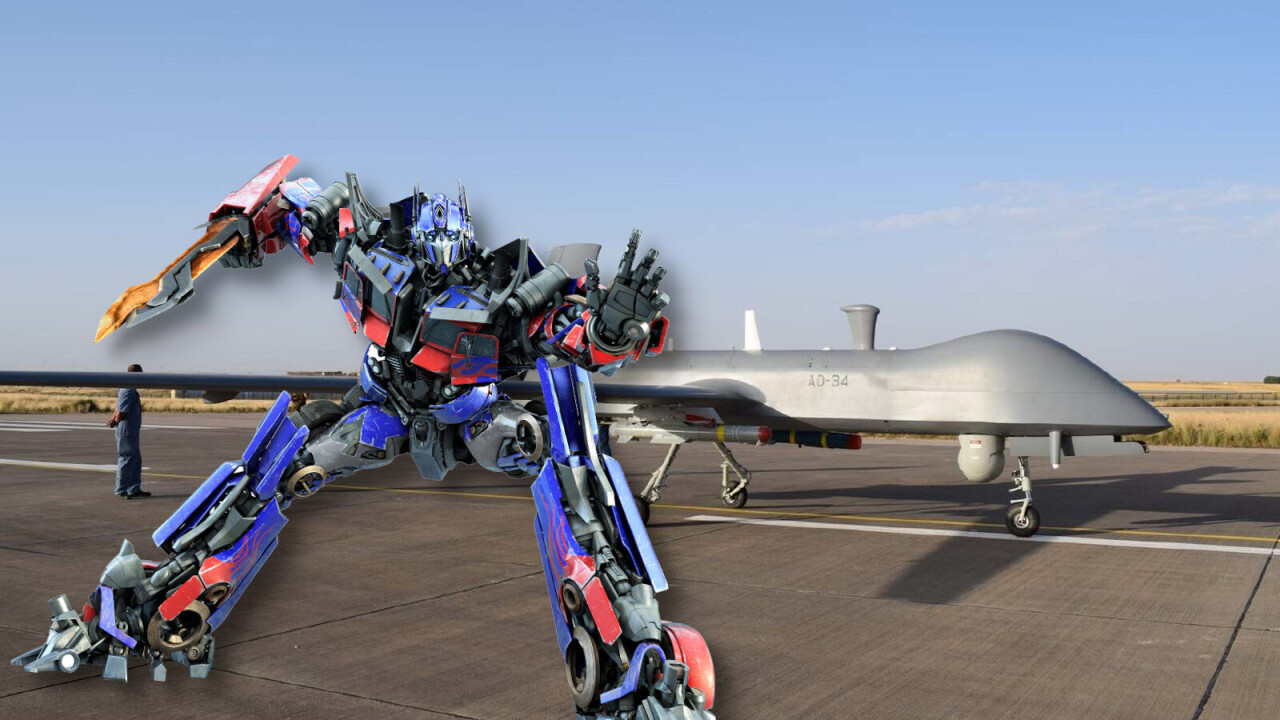 Ok, so maybe that headline was a little strong. But that said, the US military has validated technology for vertical lift vehicles (think drones and UAVs) that can change shape depending on the specific requirements of a mission.

But let’s slow down before we convince ourselves that the US military just invented a range of Transformers or Decepticons, the tech is far more nuanced than it sounds.

Researchers with a US Army Research Laboratory and Texas A&M University have just published the results of a two-year study that explored fluid-structures, Army.Mil reports.

The study enabled researchers to develop a tool which can be used to model and optimize the operational configuration and shape of unmanned vertical take off vehicles. Rather than taking 10,000 hours to compute how a structure will operate, the new tool lets researchers process a model in up to 80% less time.

According to the report, the military will use the tool to create new drone-like vehicles that can change their shape during flight to maintain an optimal structure. For example, small wings are useful for fast travel over short distances, whereas long wings are useful for when drones need to spend a lot of time in the air. Here’s how one of the researchers, Dr. Francis Phillips, an aerospace engineer at the laboratory, describes it:

Consider an [Intelligence, Surveillance and Reconnaissance] mission where the vehicle needs to get quickly to station, or dash, and then attempt to stay on station for as long as possible, or loiter. During dash segments, short wings are desirable in order to go fast and be more maneuverable, but for loiter segments, long wings are desirable in order to enable low power, high endurance flight.

So in reality, it sounds like the US has created a platform for testing drones and UAVs that have changeable wing shapes.

Fluid-structures have been researched for some 20 years. However, due to costly and timely computational runs, designers usually make a model, test it, refine it, and test it again. The new tool will let designers cut development time by making computer simulations faster.

Some carmakers have played around with the idea of having shape-changing structures too.

Four years ago, German auto marque unveiled a shape shifting car. The car’s body work was made up of 800 tiny triangles that could move and rotate to change the shape of the car. But even further back in 2008, BMW displayed another shape shifting car, with bodywork made out of cloth. While the material provided no structural rigidity, it allowed designers to make a smooth body free from panel gaps.

High performance cars also have spoilers and airfoils that deploy to help them stay stuck to the road in fast corners, but retract to reduce drag and enable high straight line top speeds — otherwise known as active aerodynamics.

There’s always an ethical dilemma when it comes to military tech, but we can hope this tool will filter down to constructive commercial uses. This kind of tool‘s cost savings and insights could be a benefit to all kinds of vehicle makers to take a new approach to vehicle aerodynamics, and offer transport that changes shape to adapt to the driving conditions and improve efficiency.