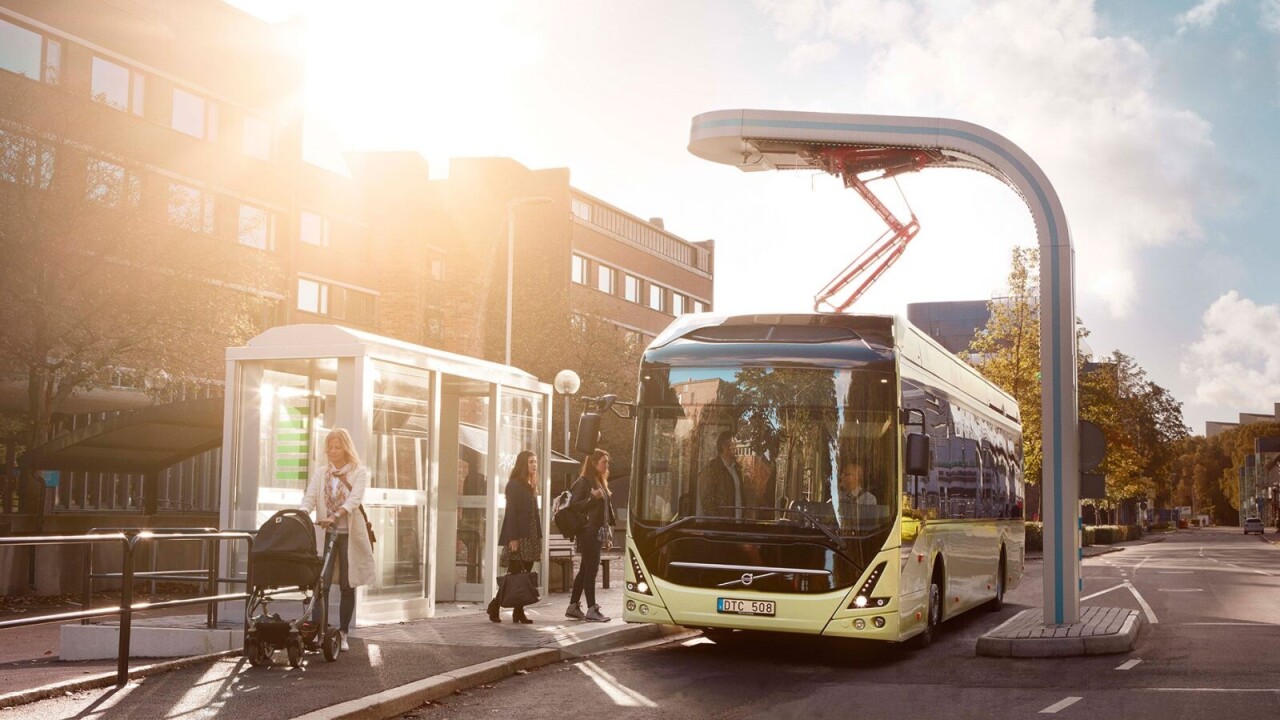 The Swedish city of Jönköping is keen to clean up its streets and lower pollution. To do that, it will be getting electric bendy buses to replace old diesel rigs.

Next year, the city will get 49 high-capacity electric busses, and yes, they’re made by Volvo. Electric Cars Report says the vehicles will be delivered next summer.

[Read: These 29 EVs all exceeded their advertised ranges — which is pretty awesome]

The city will be getting 49 of Volvo‘s 7900 Electric Articulated models, which can each carry up to 120 passengers.

While this might sound noteworthy, this is just the latest in a string of other Swedish cities that are in the process of converting their transport fleets to electric vehicles.

In December 2018, Malmö began operating 13 electric Volvo buses. The city went on to order a further 60 of the Volvo 7900 wagons earlier this year. These buses should hit Sweden‘s roads in 2021.

But those numbers pale in comparison to Gothenburg, which ordered 157 of the Swedish-designed electric bendy buses. This was reported to be the single biggest order of electric buses in Europe. They’re due to hit the city’s roads this year.

Each bus has a mammoth 396 kWh battery — that’s about five times the capacity of a Tesla.

For all charging requirements, the buses are equipped to be fast-charged, and there are chargers at the start and end of each of the vehicle’s routes. With downtime overnight being long enough to fully charge, the vehicles can top up as the drivers take breaks at either end of the route.

The buses can also charge along the route at special chargers, which tower over vehicle. The vehicle then raises electrical contacts to interface with the charger, much like a tram does with overhead power lines. Honestly, this is a wonderful solution, if a bus stops for five to 10 minutes every half hour, that’s enough to add a decent amount of charge to keep the vehicle operational.

According to another report, Swedish bus operator Nobina has ordered 13 electric buses from Volvo’s rival from China, BYD, for the north-eastern Swedish city of Piteå — these are due for delivery in the summer of 2021.

Sure, most of these announcements are just of the company placing orders, and Volvo and BYD are yet to deliver the clean buses. But assuming those go ahead as planned, over the next 18 months Sweden will take a big step forward to offering cleaner public transport in some of its key cities.