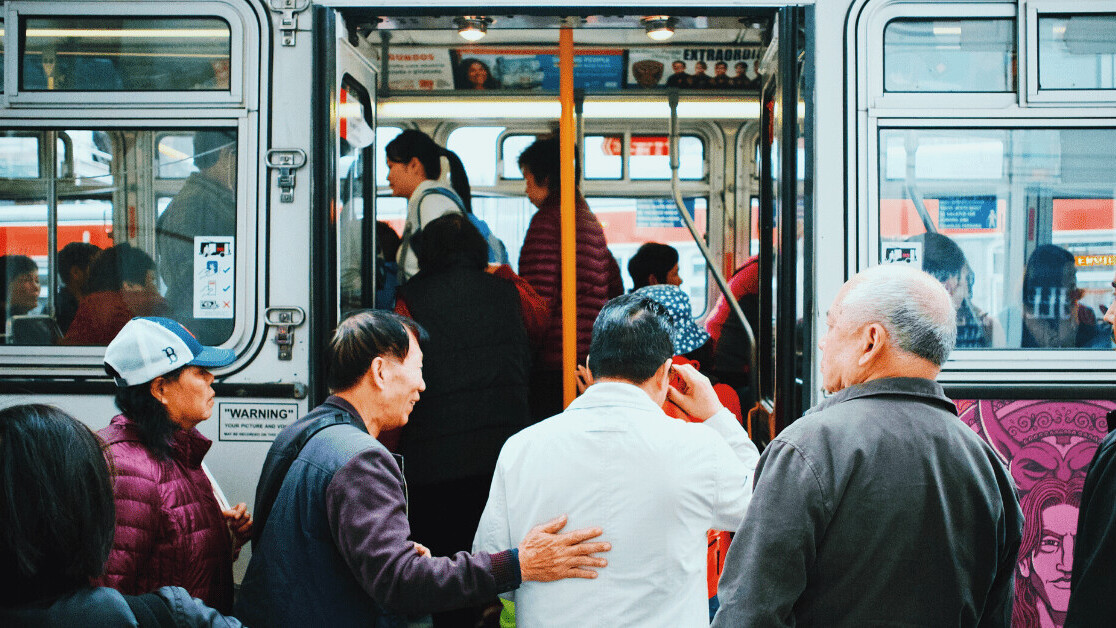 The coronavirus pandemic has forced mobility leaders to do the previously unthinkable and discourage their citizens from using mass transit. The next step – re-opening transport networks – looks set to be harder still.

This issue was highlighted during two recent Cities Today Institute roundtables attended by city and transport leaders from Europe and North America.

As Laura Shoaf, Managing Director, Transport for West Midlands, put it: “For somebody who runs a public transport authority and has spent my entire life working in [this field] – to push out communications asking people not to take public transport has pained me beyond belief.”

Transport officials face the same mobility system complexity they always have – now with the added complication of COVID-19 and social distancing, which could reduce capacity to 20 percent or even less. There are huge implications for operator revenues, the local economy, citizens’ quality of life, trust between residents and the city administration, and much more.

Public transport usage plummeted up to 90 percent in some cities around the world during coronavirus lockdowns. Now, as cities begin to tentatively open back up, officials have stressed that their infrastructure cannot cope if even a fraction of journeys that would have previously been taken by mass transit shift to private cars.

March data from Ipsos suggested that the pandemic was causing a modal shift in China, with 66 per cent preferring to drive in the wake of coronavirus, compared to 24 percent before. Public transport dropped from being the preferred option for 56 percent to just 24 percent. A further Ipsos update confirmed that some consumers in the US and China are now more likely to buy a car because they believe driving offers better protection from COVID-19 than other forms of transport.

Active travel – on a scale like never before – is a major focus to combat these effects, with many cities closing streets, widening pavements and throwing up temporary or permanent bike lanes. Optimism is high about boosting these modes, which has long been a goal. Roundtable delegates sounded a note of realism, though, highlighting that in some areas, a significant proportion of residents don’t have bikes, and that a lot of journeys are not walkable. Several cities also report considering or fast-tracking e-scooter pilots to give citizens an additional option.

As cities make way for increased food and retail deliveries, bikes, walking, queuing outside shops, social-distanced public transport and – realistically – cars, they face “a whole lot of competition for very little space in the public realm”.

Stephen Zoegall, Global Lead – Cities & Infrastructure, Accenture, who moderated one of the roundtables, said the next steps rely on “a systems thinking mindset”, which means considering interdependencies from inception to delivery and beyond.

“Being quick and prudent will require incremental rather than radical changes,” he commented. “For example, the gentle re-allocation of vehicle road space to active travel, initially allowing for co-existence (e.g. ‘car-free Sundays’) with a gradual move towards ‘car-free streets’, will allow for smoother adoption rates and cultural changes.”

One official suggested that predictions that residents will stay away from public transport may not be borne out – or at least to the extent that many assume. With the city’s transport network now running at around 25 percent of normal levels, services are already full, they said. Further, feedback from citizens suggests that expanding services is a priority for them.

This backdrop makes the stakes for what happens next very high. One roundtable delegate said: “If we get it wrong and the first pictures everybody sees are people too close together on a bus or people cramming onto a train, you’re going to lose the confidence straightaway of anybody coming back to public transport, so it’s a very delicate balance.”

Strategies discussed for the way ahead included running more services, continuation of working from home as well as staggered school hours. Technology can play a role too, from passenger-counting tools and apps that allow citizens to see how busy services are in advance, to contactless payments and demand-responsive services.

Zoegall noted that fostering trust in public transport intersects with a number of urban policy areas, such as health, education, business and services, culture, society, environment, city planning, etc. “Decision-makers should consider the use of public transport from the unique vantage point of each domain when developing policy and messaging,” he said, adding that: “Where possible, government should be transparent and accessible in the language they use to communicate decisions, directions and strategies. There should be a weekly build to this messaging, as a way to build momentum each week. This seems obvious but it is an art to distil complicated policy into a simple message.”

On trust, delegates agreed it is more constructive to encourage or mandate that citizens wear masks in enclosed public places, rather than singling out public transport to avoid the suggestion that the latter is disproportionately risky.

While several cities said investment in public transport is now more important than ever, revenue and financial viability hang in the balance for many, squeezing already-tight budgets. The idea that “urban transport is now no longer a commercial option” is a very real possibility, one delegate said.

This, as well as the possible need to persuade some people back to public transport when the time is right and it is deemed safe to do so, led some to question whether the pandemic could see more public transportation services being made free permanently – some cities have toyed with this idea in the past or are trialling it, and several have actioned it during the crisis to reduce physical contact.

Throughout the emergency, public transport has been a lifeline for essential workers and this “highlights the importance of transit as an essential service and maybe less of a business model,” said one delegate.

However, fares make up a significant portion of the revenue for transport operators and how they would plug that gap from a standing start remains unclear. The idea of emerging partnerships could offer one possible opportunity.

Winston Churchill once reportedly said: “Never let a good crisis go to waste” and this quote resonated with leaders during the discussion as they highlighted some positives which could emerge from the pandemic, notwithstanding the human tragedy and economic toll.

Dave Steele, Executive Director, Regional Transit Leadership Council, a coalition of public and private sector leaders from throughout the South-eastern Wisconsin region, said: “The upshot of this is [considering] how we can use this unique moment in history to innovate. We always talk about transit being essential – now, we have an opportunity to see in real-time where those routes are that are so essential that even if you restrict ridership people are still using that service. Then we have to add additional assets to those routes to ensure that people can use them.”

And Michael Replogle, Deputy Commissioner for Policy, New York City Department of Transportation, commented: “This is a transformational moment. We won’t bring New York City back the way it was. We will need to maximize mass transit, minimize the use of cars and think about this in terms of fighting global warming, pollution and congestion, while boosting equitable access.”