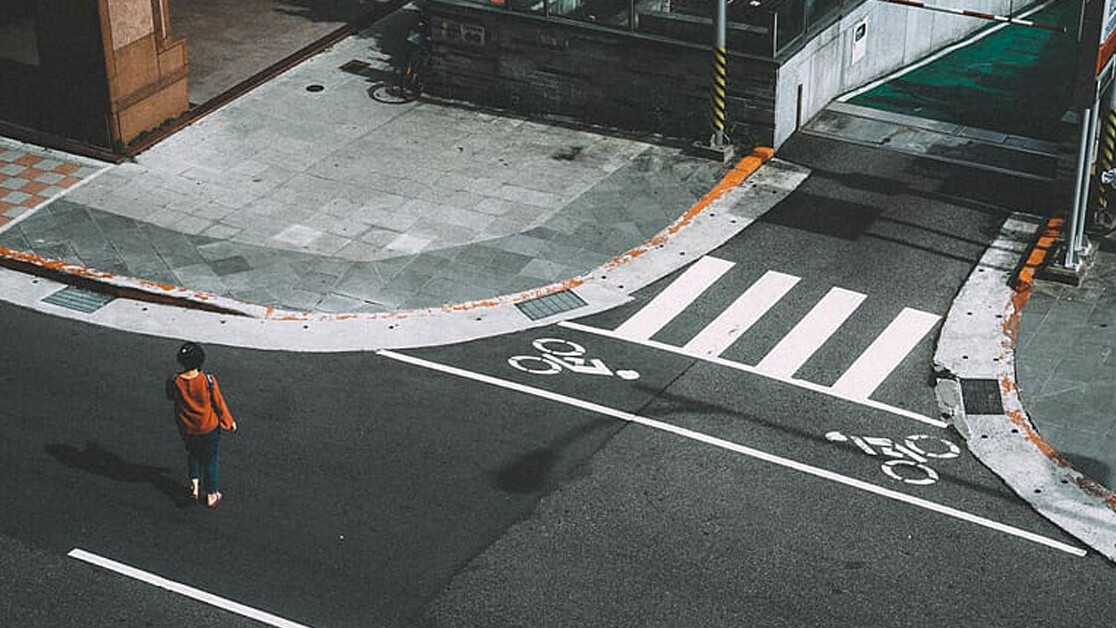 The cities of Liverpool and Hull in the UK will trial new pedestrian crosswalks, informed by behavioral insights, to reduce road accidents and deaths.

This includes a ‘blinged-up’ crosswalks and an airport-style speedy-boarding system.

Liverpool has the highest rate of adult deaths or serious injuries (KSIs) for pedestrian collisions in the UK outside of London, at 99 per 100,000 people. As part of a wider strategy to bring this number down, the council is working with So-Mo, a local behavioral science company that has designed the new crosswalks following a study into pedestrian behavior. The research highlighted a high rate of evening collisions in the city center, which is a popular party destination for nights out, students and hen and stag celebrations. It also pinpointed an issue with accidents on busy arterial routes.

[Read: How Lisbon is reshaping its mobility landscape with e-scooters]

So-Mo’s crosswalks will be installed at a central accident hotspot on Hanover Street/Bold Street and on a yet-to-be-confirmed high street on the outskirts of the city.

Nicola Wass, Chief Executive, So-Mo, said the crosswalks have been informed by science but designed with a deeper understanding of the people who use them.  She told Cities Today: “People are focused on a particular goal and they prioritize everything around them that helps them meet that goal.”

This goal, which sometimes overrides safety, could be having fun on a night out or getting somewhere quickly to carry out an errand on a high street.

“We want to exploit that insight to make road infrastructure that’s there to help them cross safely stand out,” Wass said.

The ‘gold standard’ crosswalks in the city centre (pictured above) will include a red carpet and lights to reflect Liverpool’s reputation for a love of glamour and fashion.

“When people are processing and scanning the environment, they’ll be far more likely to see something like that and be attracted to it,” Wass said.

Meanwhile, the planned high street crosswalks is described as a “very different design, based on the idea of faster boarding at an airport,” to reduce wait times for pedestrians, but no further details are being released at this stage.

The trials, which are due to get underway in early 2021, will help determine whether the interventions make pedestrians cross more safely. Metrics over two years will include measuring the increase in the number of crosswalks made inside the designated area and the increase in pedestrians using the crosswalks correctly. Exactly how these behaviors will be observed is not being disclosed.

A spokesperson for Liverpool City Council said: “This project will rely on people acting naturally in a particular situation. If the nature of the crosswalks is to be disclosed in full prior to the commencement of the trials, then we cannot guarantee true reactions or usage of the crosswalks.”

To test replicability, the trial will also be repeated in Hull, in the east of the UK, where pedestrians represent 14% of all road casualties and 26% of those killed and seriously injured. Hull was chosen as it has a comparable road network and socio-demographic profile to Liverpool.

Ruth Stephenson, Head of Highways, Transport, Strategy and Design, Hull City Council, said: “If we want to reduce casualties then we need to consider doing something different. This is a trial to understand how we can influence pedestrian behavior. If the trial is successful, we would want to consider if it is something we could introduce on a permanent basis.”

The pilot is funded by a £196,000 grant from the Road Safety Trust, with the support of the Department for Transport and the Merseyside Road Safety Partnership.

A Liverpool spokesperson said: “There is a dearth of up-to-date research nationally and internationally for authorities to use when tackling casualties at pedestrian crosswalks. This project aims to further the knowledge of those issues and thereby contribute to future interventions that will hopefully lead to a reduction of pedestrians needlessly killed or seriously injured on our crosswalks.”

So-Mo was selected by Liverpool City Council through a tender procurement process. They have worked together before on Liverpool’s 20 Effect initiative to bring 20mph zones to the city’s streets. A recent review found that the speed limit, which is mandatory on some roads and advised on others, has helped cut collisions by an average of 191 per year. A spokesperson said behavioral nudging was also used to “a certain extent” in this program.