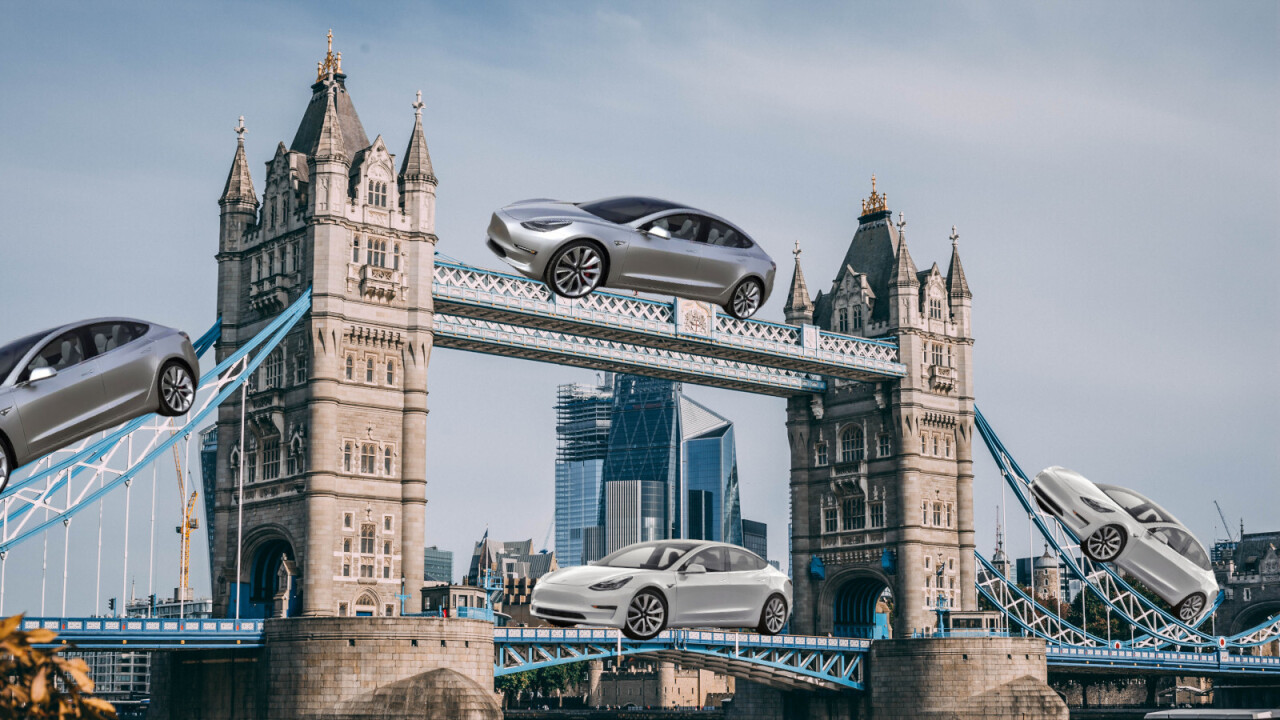 According to new figures from a British motoring research organization, Tesla owners drive more miles per year in their EVs than drivers of any other car brand.

To uncover this statistic, the RAC Foundation analyzed UK Ministry of Transport test data from 516,936 vehicles over the first three years of their life, AutoExpress reports.

[Read: Americans don’t ‘get’ electric vehicles or self-driving tech — but it’s not their fault]

When vehicles are separated by fuel type, electric cars cover more miles each year than petrol vehicles. EVs cover an average of 9,435 miles (15,180 km) each year through the first three years of ownership, compared to 7,490 miles (12,050 km) a year driven by petrol vehicles.

Diesel vehicles are still the high mileage champions though, covering an average of 12,496 miles (20,110 km) each year.

A good shift for Tesla

This is undeniably good news for the EV community. Switching to driving an electric vehicle has been shown to have a positive impact on the environment.

A study from the Union of Concerned Scientists — from way back in 2015 — found that a typical EV offsets the emissions generated from its production well within 16 months of ownership.

It’s also important to remember that even when EVs are charged using fossil fuel electricity they are still better for the environment.

It shows electric cars, particularly Teslas, are more than virtue signalling devices but are being used as high mileage daily drivers. Miles that no doubt would otherwise have been covered in conventional combustion engine vehicles.