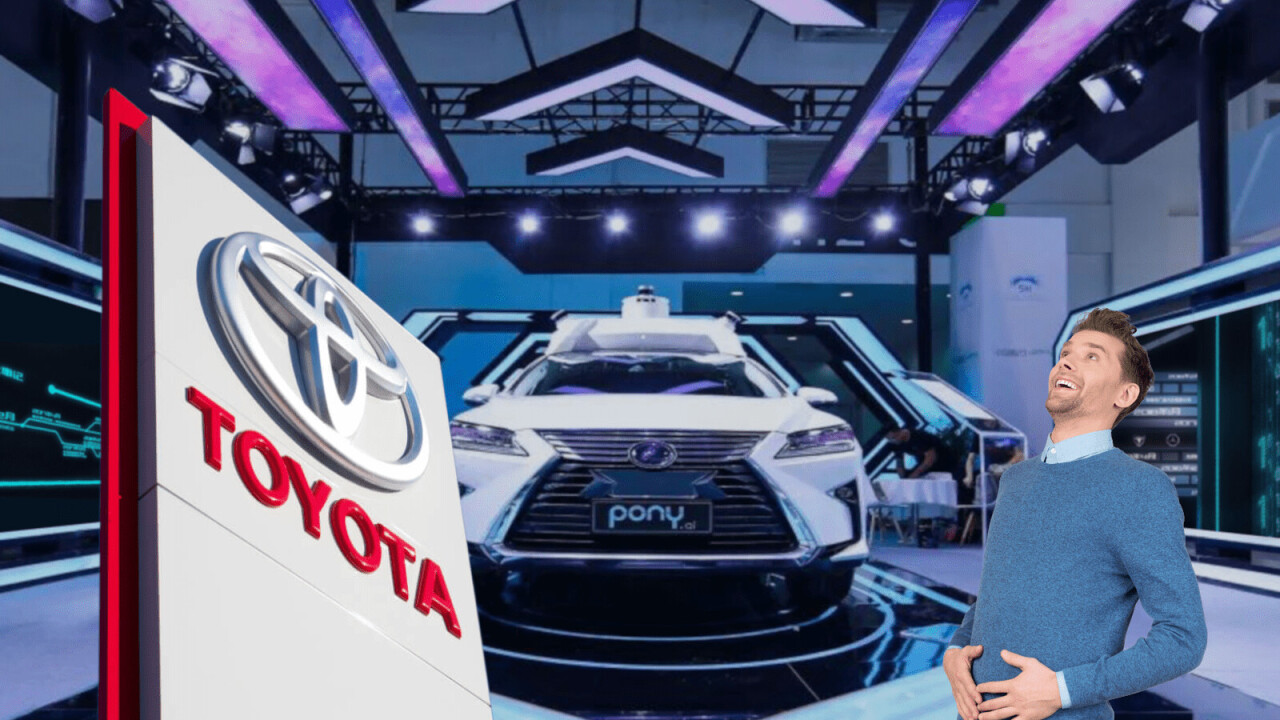 One of the world’s largest car makers, Toyota, has further demonstrated its intent on supporting self-driving vehicles.

The Japanese carmaker is planning to invest $400 million into Pony.ai, a Chinese self-driving car startup that’s based across Silicon Valley in the US and Guangzhou in China, Bloomberg reports.

With the latest round of funding, Pony.ai is reportedly now valued at around $3 billion. Alongside Toyota, existing investors injected an additional $62 million.

Not only did Toyota make the largest cash injection in this round, it also didn’t request any kind of exclusivity, leaving Pony.ai to work with other automakers. Surely, not being locked to one manufacturer is a good thing for the future prevalence of the company’s technology.

According to Pony.ai CEO James Peng, working closely with Toyota will help it commercialize its technology faster than if it went the course on its own.

Toyota already supports Pony.ai, and together the two firms began a pilot program in 2019 to test self-driving vehicles in Beijing and Shanghai.

Beyond this, we should expect Pony.ai and Toyota technologies to become closely integrated with each other. The Verge reports that the carmaker and self-driving startup will “co-develop” a number of mobility products and services.

But there’s still a long way to go before these technologies will be mainstream.

Earlier this week, America’s National Transport Safety Board’s concluded its investigation into the death of Tesla driver and Apple employee, Walter Huang. At the time of his crash, Huang was using Autopilot and wasn’t paying full attention to the road.