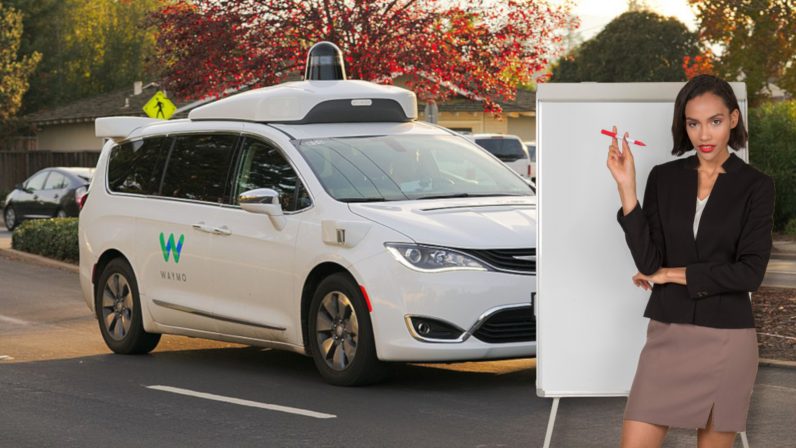 Welcome to Shift Basics, a collection of tips, explainers, guides, and advice to keep you up to speed with mobility tech.

Autonomous driving isn’t quite as clear cut as it sounds. Despite many vehicles claiming to have self-driving capabilities, they aren’t all the same.

As it happens, the industry (Society of Automotive Engineers, SAE) has settled on separating self-driving cars into five classes or levels — six if you include cars that have no automation at all.

It’s important to know these levels in order to correctly distinguish one supposedly autonomous vehicle from the next. According to the SAE, the levels were decided based on how much attention a driver should be paying to the road when the autonomous features are active.

Let’s waste no more time, here are the six levels of automation.

These vehicles have no automation features at all. These are most likely older or more basic cars. Chances are, a lot of the cars on the road today fall into this category.

At Level 2 autonomy a car can give the very strong impression that it’s driving itself. But even so, drivers of such cars should always pay full attention to the road.

When FSD is engaged on a Tesla, the vehicle can change lanes, navigate, and speed up and slow down, without driver intervention. However, the driver must still hold the steering wheel, and monitor traffic for safety.

Many refer to Level 2 features as advanced driver assistance systems or ADAS, it is also considered to be partial automation.

Level 3 vehicles are generally thought to be properly autonomous vehicles that can interpret the world around them without human intervention.

In theory, Level 3 vehicles should be good enough that the driver doesn’t need to pay full attention to the road. But they should still be there ready to take over when needed. Of course, local laws also dictate what level of attention the driver should be paying to the road.

Vehicles in this category are so capable of driving themselves they technically need no driver at all. There are often geographical restrictions on where this self-driving tech can be used, so drivers are still needed. Level 4 vehicles are often also have their top-speeds limited, and can only driver faster under the control of a human.

Projects like Google’s Waymo is one of the most well-known applications of Level 4 self-driving tech.

This is the holy-grail for developers of self-driving tech. In Level 5 vehicles, no driver is needed, cars will be totally autonomous, with no restrictions over where they can go.

In theory, Level 5 autonomous self-driving vehicles will blend seamlessly into traffic. For passengers, they will be able to tell the car where they need to go, and leave the rest to the vehicle.

While there are lots of companies working on self-driving cars, there are still many regulatory and societal challenges to overcome. Making autonomous vehicles safe, useful, and affordable is no easy task.

What’s more, drivers themselves also need to acknowledge their capabilities and limitations. Over the past few years, there have been countless accidents or incidents where drivers were using Autopilot and were not paying sufficient attention to the road.

Despite Tesla’s FSD system being only Level 2, many drivers use it as if it were much higher. In February 2020, the National Transportation Safety Board highlighted how the contributing factor in a fatal Tesla crash was that the driver was playing a video game at the time of the incident.

Last year, some individuals even shot a pornographic film in a Tesla that was driving on Autopilot at the time. Another individual was arrest for flossing their teeth whilst at the wheel of an Autopilot-enabled Tesla traveling 84 mph.

What self-driving tech can’t equate for yet, is the potential stupidity of the persona that’s supposed to be in control.

Read next: Baby monitor exploit allowed hackers to creep on your toddlers