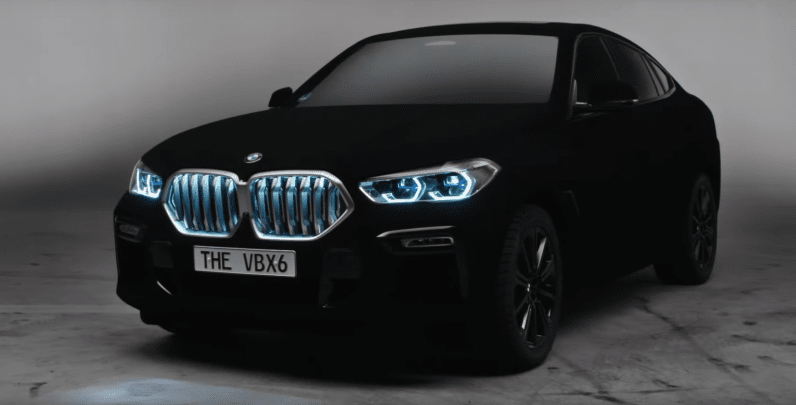 If there were a color for painting a black hole, it’d probably be Vantablack. One of the darkest materials known to man, Vantablack uses carbon nanotubes to absorb up to 99.96 percent of visible light. The effect is strong enough to make 3D objects look as flat as Mr. Game & Watch. So you can imagine a car painted in Vantablack would be awesome.

That’s precisely what BMW did to promote its latest X6, partnering with Vantablack’s creators at Surrey NanoSystems. It’s a vehicle that looks as black when surrounded by ambient light as it does with the lights off. I don’t know Bruce Wayne’s taste in crossovers, but if he owned a BMW, it’d be this one. Check it out for yourself:

Yes, I realize the car is nothing but a marketing gimmick – BMW is showing it off at the Frankfurt Motor Show next month – but it’s just so stealthy. It’s also the largest use of Vantablack I’ve seen yet – usually the material is shown covering small objects.

Of course, there’s no way a Vantablack vehicle will ever be publicly available. If your headlights stopped working, the car would be all but invisible at night. Driving one of these after sundown would be extremely dangerous. Not to mention all that trapped light gets converted to heat, probably making it lethal to be inside one of these things in the summer.

But I still want one.  For more on Vantablack, SciShow has a good explainer:

The all-new BMW X6 Series in Vantablack on BMW [YouTube]