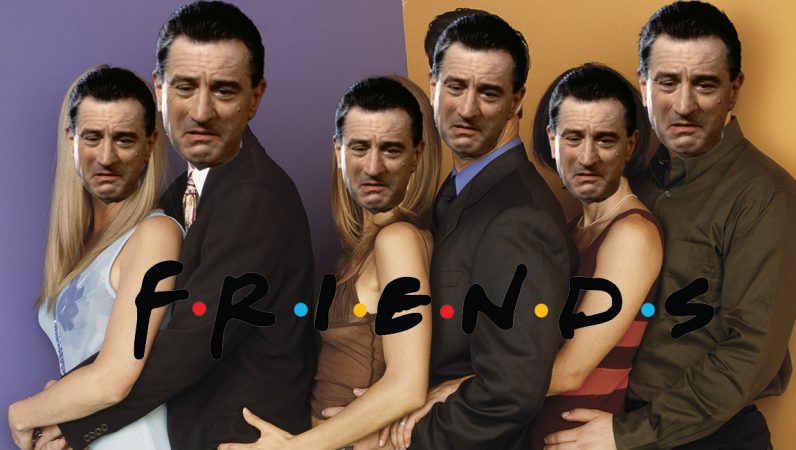 We need a new category for this sort of Netflix activity. Robert De Niro‘s company has filed a $6 million lawsuit against a former employee who purportedly binged Netflix while on the clock, Variety reports.

Robinson got her foot in as an assistant to De Niro in 2008, but was later promoted to “vice president of production and finance” at the loan-out company – a position which would’ve earned her a salary of $300,000 in 2019, according to the lawsuit which was filed in state court in New York on Saturday. She left the company in April, following growing concerns of “corporate sabotage.”

But according to Canal Production lawyers, Robinson was hardly doing any work. She rarely ever bothered to show up at the office, and spent “astronomical amounts of time” watching shows on Netflix during work hours.

The lawsuit claims that during a four-day period in January, the former employee binged through 55 episodes of Friends. Terrible taste in television aside, those are pretty solid numbers right there.

The funniest bit? On one of these days, Robinson purportedly ordered lunch from Caviar San Francisco and had dinner at Paola’s Restaurant, charging both meals on the company credit card.

Indeed, the binge-watching employee racked up $12,696.65 in unauthorized charges at Paola’s over a two-year period; she also spent another $8,923.20 at Dean and Deluca, and Whole Foods. That’s excluding a massive $32,000 in fares for Ubers and taxis. Safe to say, she knew how to live lavishly.

That wasn’t the only time Robinson had watched Netflix on company hours, by the way.

During another four-day period in March, she went through another streaming marathon, watching 20 episodes of Arrested Development (which shows improvement in her selection criteria in comparison to Friends) and 10 episodes of Schitt’s Creek (which I haven’t seen, but I’m willing to bet is better than Friends).

In case it crossed your mind: no, Robinson wasn’t paid to watch shows.

“Watching shows on Netflix was not in any way part of or related to the duties and responsibilities of Robinson’s employment and, on information and belief, was done for her personal entertainment, amusement and pleasure at times when she was being paid to work,” the lawsuit argues.

Prior to her departure from Canal Productions, Robinson downplayed accusations of binging Netflix on the clock as “ridiculous.” She also drafted a recommendation letter for herself, which De Niro purportedly refused to sign. You’ve got to give it to her, that’s a baller move.

As far as that new category for Netflix activity goes – I propose Netflix and Grill. Ya dig?

Read next: Review: The Plantronics RIG 700HX is a gaming headset I wouldn't be embarrassed to use at work