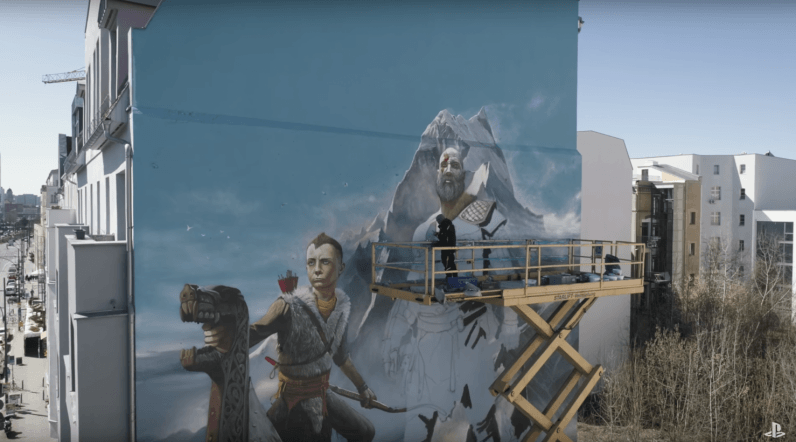 Billboards are so last century… unless you paint them on a six story building and add some really cool tech to bring them to life. If you weren’t stoked for the God of War release this Friday, you are now. And while 48 hours is an eternity, you can quell some of your jonesing by checking out our review.

Details, details: Sony recently commissioned a German painter to create a larger-than-life mural on the side of a building in Berlin. The artwork portrays God of War’s protagonists Kratos and Atreus, a father and son duo who hack and slash their way through a compelling story line (and some really impressive bad guys) in Sony’s upcoming PS4 exclusive.

How it works: The mural uses a technology called “projection mapping” to bring the image to life. The stars and the aurora borealis effect use a special program that corrects perspective and projects specialized elements into specific areas of the canvas.

Check it out: If you find yourself in Berlin, you can check out the mural near the corner of Greifwalder Street and Alexanderplatz.

Read next: Minecraft fans get a nasty surprise in malware-infected skins