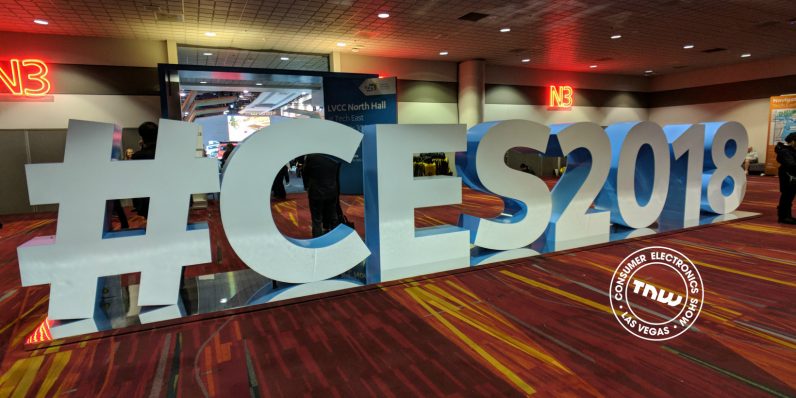 Look CES-goers, we need to talk.

The showroom has only been open a day and I’m already tired of your shit. I’m not alone. CES noobs are a constant source of amusement and frustration for those of us who’ve been to the event a few times already. But fear not, I’m going to drop some knowledge bombs on you.

You need to stay to the right

You may be tempted to walk wherever you see free space. Don’t. This just slows everything down.

CES, after all, is a giant clusterfuck on its best day and a complete nightmare on its worst.

We get it, you’re super important and just have to get to that meeting. How else are you going to find that goat testicle supplement guaranteed to give your bros, like, unreal gains? Or the new wearable absolutely guaranteed to make you feel more swole than ever after a Crossfit sesh?

Unfortunately, us weak betas have places to be too.

Your bros will understand and perhaps even appreciate you making it back alive rather than being the victim of a drive-by camera to the face.

Which brings me to my next point…

Imagine this: a line of a few hundred people are walking 3×3 down an aisle at a moderate pace. The person at the front stops suddenly to take a selfie in front of the Intel booth. What happens? Right, a few hundred unwanted visitors just became very intimate acquaintances, and it was uncomfortable for all of us.

Veer out of the aisle to take photos.

Or, be a pro and take them while walking.

Complaining about the WiFi doesn’t make it stronger

Ironic, right? The world’s largest tech trade show and the Wi-Fi is worse than AOL in the 90s.

But here’s the thing: Wi-Fi doesn’t just suck for you at CES; it sucks for all of us. As such, it generally doesn’t help much to complain about it. I know; I’ve tried.

If you didn’t have the foresight to bring a hotspot, you can always file your stories by yelling them at complete strangers in hope they pass along that dope headline to your buddy in the press lounge. And speaking of press lounges, there’s one above the Central Hall. Or, Intel has you covered — and even provides free food and drinks at the press lounge above its booth.

The word “game-changer” makes you sound like a douche

That “game-changing” technology you’re so enamored with? Yeah, it was here last year.

It’s easy to get caught up in the hype, but seriously, it’s a laundry-folding robot, not penicillin.

You can’t enter through these doors

Stand outside for more than 60 seconds and you’ll see some unfortunate sap try to walk in one of the exit doors as someone is leaving. You’ll then see, or hear, the resulting panic after a CES staffer runs after them just hoping someone tries their luck.

It’s been a rough day and Ashley may look sweet, but she’s ready to shank the next person that rolls his eyes after hearing he can’t enter through those doors. And if we’re being honest, we totally get it. Do you, fictional CES staffer.

Being tired isn’t an excuse to be a dick.

We’re all tired. You know who else is tired? The person serving your coffee, the unfortunate staffer standing in the rain to make sure you can cross the road without getting run down by Ashley’s latest victim, and the tireless effort of the true heroes of the event: those with the “ask me” placards. I couldn’t do this job. You want to find Qualcomm? The map’s right there, asshole.

Roller bags are for airports, not CES

Tight spaces and roller bags don’t mix. Your hard left, yeah, it just cost that Asian gentleman his two front teeth while he wonders why he didn’t just stay in the hotel and watch the livestream.

This is a true story by the way, mostly. I’m not sure the guy lost any teeth, but he did bite some carpet pretty hard after tripping over a roller bag with a distracted driver.

The CES plague is real. We’re all just trying to make it out alive.

It’s a win if you leave CES not sick