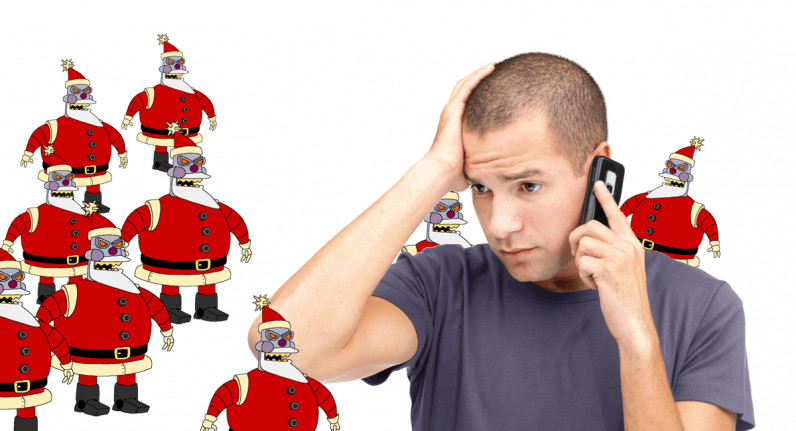 Earlier this year, an angry, but righteous, programmer waged a war against the large flock of Windows Support scammers and tasked a massive army of bots to shut down every fake support line around the world. But it appears this hero is not quite done, and is now back with a new mission: to stop telemarketers from ruining your Christmas with shitty promo offers.

The Jolly Roger Telephone Company, which specializes in programming bots designed to waste the time of pushy telemarketers, has teamed up with spam call-blocking service Nomorobo to unleash a dedicated battalion of bots, built with the sole purpose of luring telemarketers away from real people.

This way, you might get to spend some time away from answering calls from nosy promoters selling crappy products, so you can actually focus on ignoring the equally crappy Christmas songs everyone is blasting.

To this end, Nomorobo and The Jolly Roger Telephone Company have loaded a group of bots with pre-recorded calls, designed to keep annoying promoters on the phone for as long as possible.

Here are some of the recordings they’ve released so far:

Meanwhile, anyone curious to check out more of these recordings can head to this site, where Nomorobo and The Jolly Roger Telephone Company are sharing some of the funniest outcomes of their initiative.

Enjoy a telemarketer-free December folks, courtesy of Nomorobo and The Jolly Roger Telephone Company. May your Christmas supper never be interrupted by the ring of a phone.

Read next: Data integrity could literally save the world from nuclear facility attacks