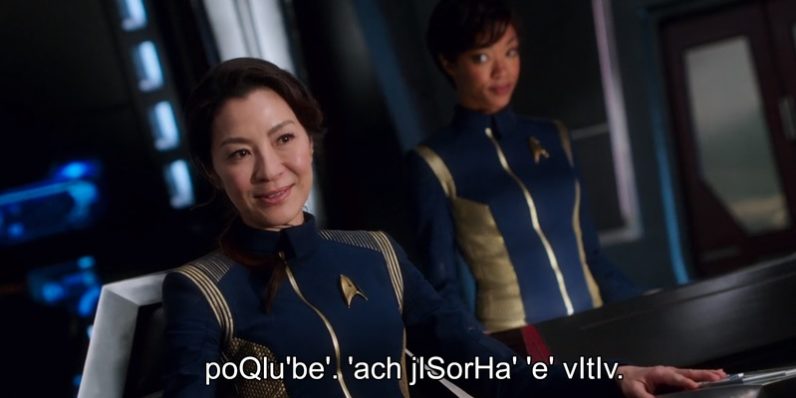 If you live in one of the countries where “Star Trek: Discovery” is available on Netflix — which means everywhere except the US and Canada — then you’ll be able to watch the show with Klingon language subtitles, which probably ranks as one of the nerdiest Easter eggs I’ve ever encountered.

It’s a pity this hasn’t been included on the CBS All Access streaming service, the only place American audiences can watch the show. The video player on their site includes options for everything else — seriously, when was the last time a show asked if you wanted shadows with your closed captioning?

Klingonese has been a staple of the show ever since its inclusion on Star Trek: The Motion Picture. The language was fleshed out by linguist Marc Okrand and eventually extrapolated into a full language.

If you’re interested in learning the language (and live in the US), you can always turn to the Klingon Language Institute. Duolingo is also developing a Klingon language module.

We’ve contacted CBS to find out if Klingon will eventually be available to US audiences as well. We’ll update if we receive a response.