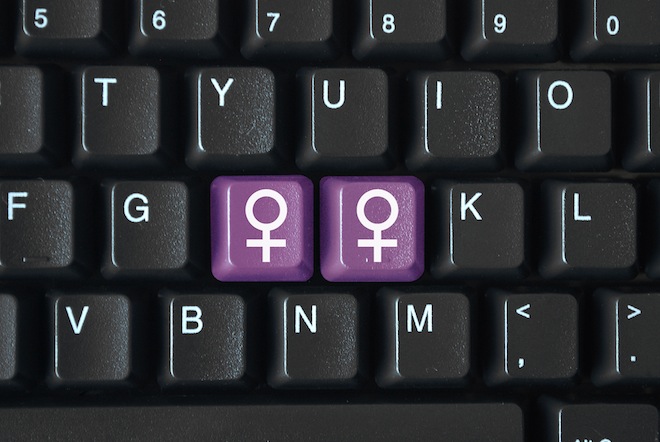 Two women who co-founded a startup used their male partner to skirt sexist attitudes among their vendors and contractors. One problem, though: The man doesn’t exist.

The two women — Kate Dwyer and Penelope Gazin — started Witchsy, an online marketplace for offbeat artwork. If you visit Witchsy or its Instagram, you’ll see lots of crude, funny, and cool stuff, the likes of which you probably won’t find on Etsy.

Both socks and this unwelcome Matt are up on Witchsy.com/rosehound-apparel

Despite starting what — to me, anyway — sounds like a respectable and interesting business, the two apparently faced numerous instances of disrespect and disdain from male contractors. They were addressed as “girls,” (which is more frustrating than it sounds, let me tell you), and another deleted code on their site when one of them rejected his offer of a date.

But when they were contacted by “Keith Mann,” the pair’s mysterious male partner, suddenly they became much more agreeable. According to Dwyer,

It’s hard to see this as anything other than good old-fashioned sexism at work. If the employees and web developers who interacted with the two women were belligerent for reasons that had nothing to do with their gender, why should they behave differently towards a male co-founder?

🖕🏻"I'm Not Sorry" patch by witchsy.com/sallymcadam

The pair told Fast Company they planned to retire Keith Mann, but “they concede that they can see a role for him in Witchsy’s future.” Given they’ve revealed his fictional nature, I’m not sure how that’s going to work.

We’ve reached out to Witchsy for comment, but it wasn’t immediately returned.

Read next: New Sonos speakers could combine Amazon Alexa with other assistants