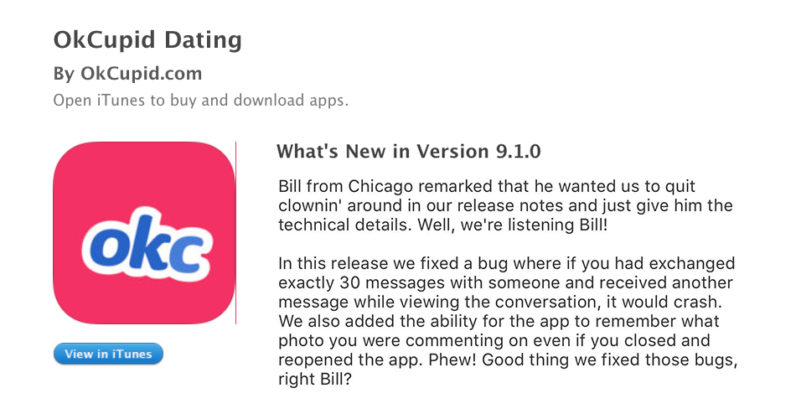 Say what you will, but developers certainly have a penchant for shitposting once boredom starts crawling under their skin – and OkCupid programmers seem to have mastered the art of trolling to perfection.

While the What’s New section on the App Store and Google Play is usually reserved for documenting any changes and fixes introduced to the latest reiteration of an app, the popular dating platform has opted for an alternative approach.

Instead of hitting you straight with the raw technical details, OkCupid devs have been using the release notes to, quite literally, crack jokes. But it appears not everyone was laughing at the company’s playful attempts at humor.

For the latest version of the app, the OkCupid developers took a moment to address criticism from one particularly pestered user. “Bill from Chicago remarked that he wanted us to quit clownin’ around in our release notes and just give him the technical details,” the company wrote under the What’s New section.

So that’s what they did – but not without taking another jab at Bill, of course:

In case you wondered what precisely pissed off Bill, here are a few of OkCupid’s release notes from the last few months (as viewed on AppAnnie):

And, of course, my personal favorite:

All dicking around aside: Though Bill is not wrong to be complaining about the carefree approach OkCupid has taken, one “issue” developers often run into once an app has taken off is finding legitimate bugs to fix – and consequently report.

While this is virtually a non-issue as far as users are involved, it makes it relatively hard for developers to document minor incremental changes without sounding trivial.

In fact, Redditors have previously remarked how Slack found it increasingly difficult to document its changes in a meaningful way as the app continued to improve – and as you can tell from the screenshots below, the contrast in documentation quality is markedly stark: 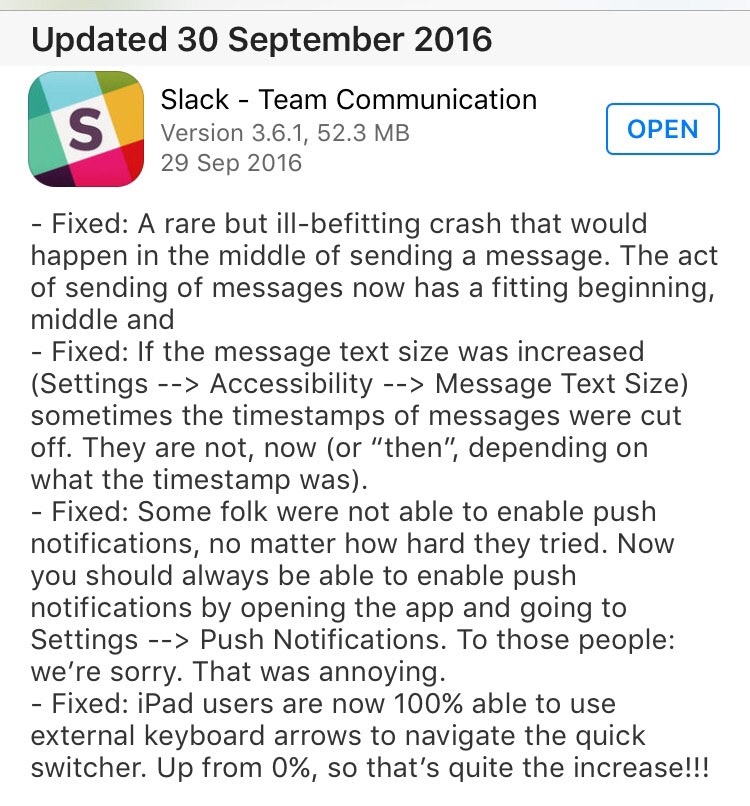 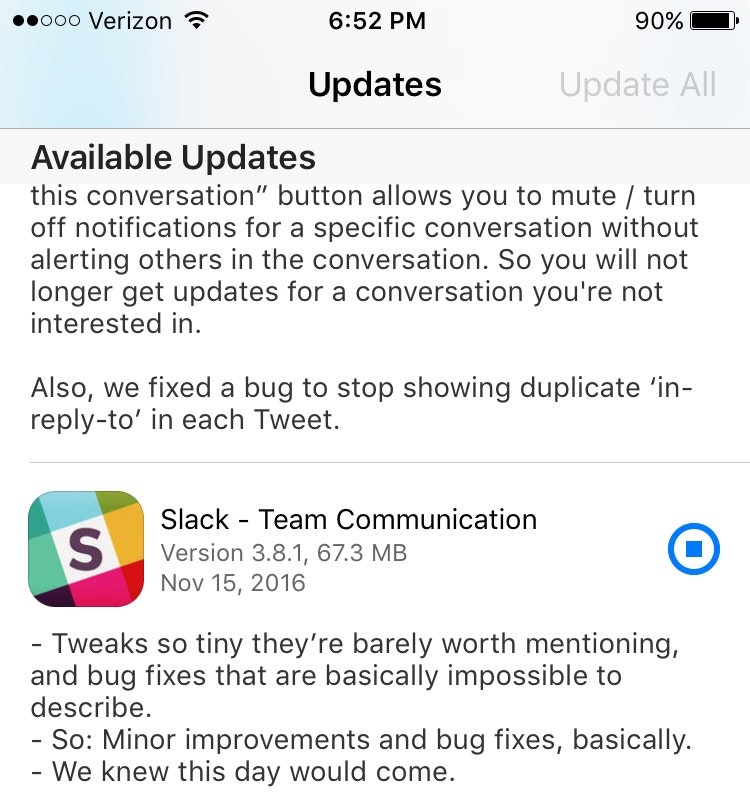 Even Google developers have practically given up following proper update protocols. Just take a peek at the release notes from the last three reiterations of YouTube they rolled out.

Have you seen some other particularly shitty or funny release notes? Share them with us down in the comments.

Aw, and if you’re reading, Bill: We’d genuinely love to hear exactly why you hate OkCupid’s release notes. You can vent out your frustrations at dimitar [at] thenextweb.com.

Read next: Ecommerce in the Middle East: Amazon’s entrance and difficult legislation