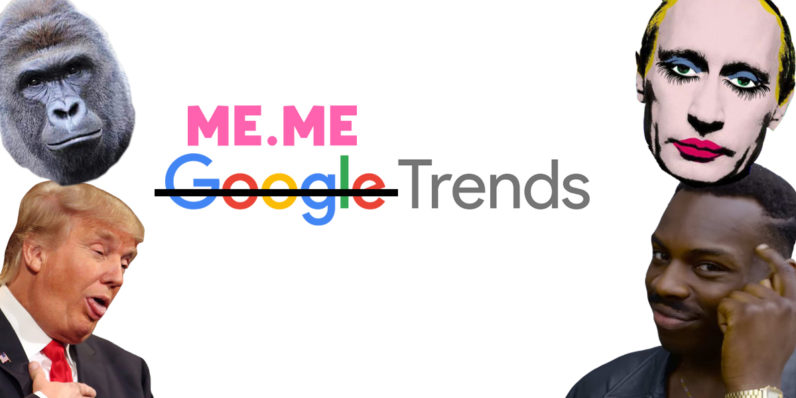 While just a few years ago memes were merely a blossoming counter-culture on the internet, they have gradually cemented their way into the cyber mainstream – so much so that last year the word ‘meme’ became more popular than the son of God, Jesus Christ himself.

To help you spot the dankest memes circulating the web, meme discovery platform Me.me has built a nifty tool that lets you search specific words and phrases to see how often they appear in meme culture. Called Me.me Trends, it is essentially like Google Trends – but for memes.

The quirky search engine was built in collaboration with NASA researcher Evan Freitag, who helped Me.me develop a Trends-like algorithm for the app.

With Meme Trends, you can effortlessly track how popular certain memes have been over time. For example, Me.me discovered that netizens have been goofing on Russian President Vladimir Putin more than usual in the last few weeks – and not without a reason.

What’s especially handy is that – much like Google Trends – the tool lets you search and compare multiple words and phrases at the same time.

As our own experiment shows, US President Donald Trump by far appears most prominently in recent meme culture when compared to fellow politicians Hilary Clinton, Barack Obama, and Vladimir Putin.

Head to Meme Trends here and step up your memeing game right now.

Read next: Ask.com was leaking server logs and everyone could see what you searched [Update]