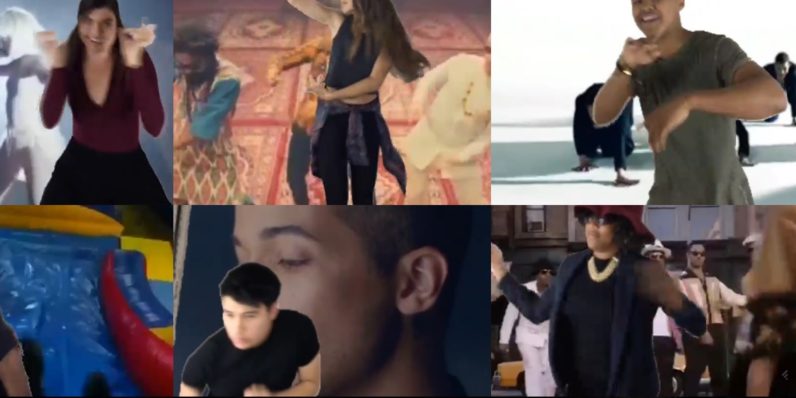 Ever wanted to enter your favorite music videos? Thanks to Blin.gy, you can.

Blin.gy maps the user’s face or body, then puts a live video behind them, meaning you can dance or lip sync in front of all your favorite singers/rappers/memetic clips. If you’ve ever used Musical.ly, then you’ll be familiar with how this app works. You film yourself and the app does the rest of the work.

Your clip is then saved and sent out for everyone to see. All clips are 15 seconds long.

Blin.gy uses chroma keying, the same green-screen technique used in Hollywood to put actors into computer-generated sets. You have to stand in front of a solid-colored background with decent lighting to get the effect, but it works even if your camera isn’t stabilized.

When the chroma keying works, it looks great, but it isn’t perfect. Unless the user actually has a green screen behind them, random spots of color will get chroma-ed.

Similarly, Blin.gy’s user-submitted videos are hit-or-miss. You’ll find things like children dancing in front of videos they probably shouldn’t be watching, not to mention a proliferation of “Cash Me Outside” videos.

That said, it’s undeniably fun to slot yourself into music videos.

Blin.gy is available at the App Store and the Google Play Store.

Blin.gy puts you inside your favorite music video on TechCrunch