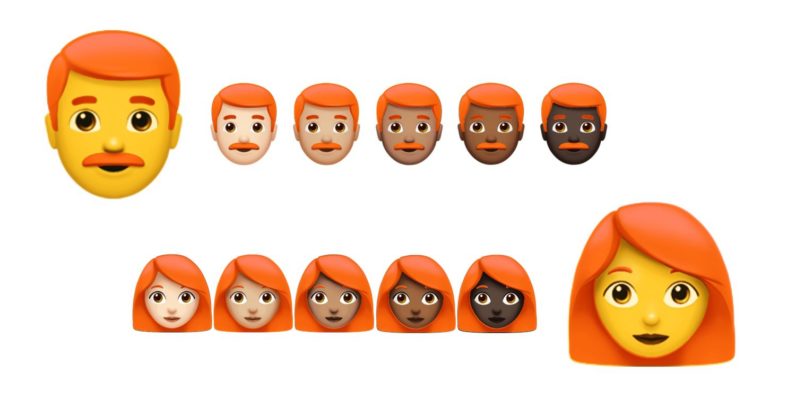 Redheads from across the globe may soon be no longer misrepresented in the world of texting as the Unicode Committee has finally put ginger-haired emoji on the agenda for its next meeting.

Emojipedia reports the committee will assemble next week at the Apple campus in Cupertino to go over a new proposal from the Unicode Subcommittee and iron out the details around the possible implementation of redhead emoji.

At the gathering, the committee will discuss important matters like what range of currently existing emoji will fall under the new ginger hair option as well as how widely customizable the new hair color variation will be.

The announcement also notes that part of the discussion will focus on the perplexing conundrum whether the general rarity of redheads worldwide justifies making the ginger hair option available to all currently existing alternatives. Another point to consider would be whether limiting redheads to a single ginger-haired man or woman emoji would satiate demand.

The Unicode Committee has long been criticized for the absence of redhead emoji, with numerous people voicing out their frustrations on social media.

While no final decision has been made yet, the meeting next week will likely set the wheels in motion. Still, as Emojipedia remarks, the redhead variant “would likely appear in 2018 at the earliest.”

Read next: What does a Trump presidency mean for tech? It's complicated