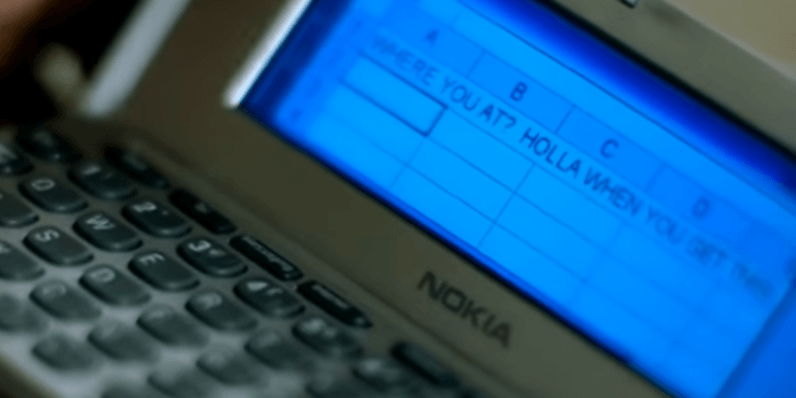 If you’ve got a keen eye, you’ve probably spotted the head-scratching moment in Nelly’s 2002 single ‘Dilemma.’ The video, a duet between Dirty Mo himself and Kelly Rowland — the not-Beyonce one from Destiny’s Child — saw Nelly’s ‘boo’ pull out a Nokia mobile device to check an incoming text. This text though, was some real next-level stuff; it was on an Excel Spreadsheet.

Until now we’ve been mostly puzzled by the top secret texting tools used by the rappers of yesteryear. This weekend though, Nelly offered up some commentary on the infamous text-by-spreadsheet approach in an appearance on Australian TV.

Straight from the horse’s mouth: “That was the thing at the time. That was the new technology.”

I’m not sure if Nelly believes the best way to communicate is actually through Excel, if celebrities have somehow unlocked secret powers in spreadsheets, or if he’s just not willing to give us closure on this mystery that so desperately needs it. Perhaps I’ve been using Excel wrong my entire adult life, but now I’ll never know.

Or, maybe he’s just technically illiterate. It’d explain why Kelly Rowland and him never got together after the video.

Thanks for nothing, Nelly.