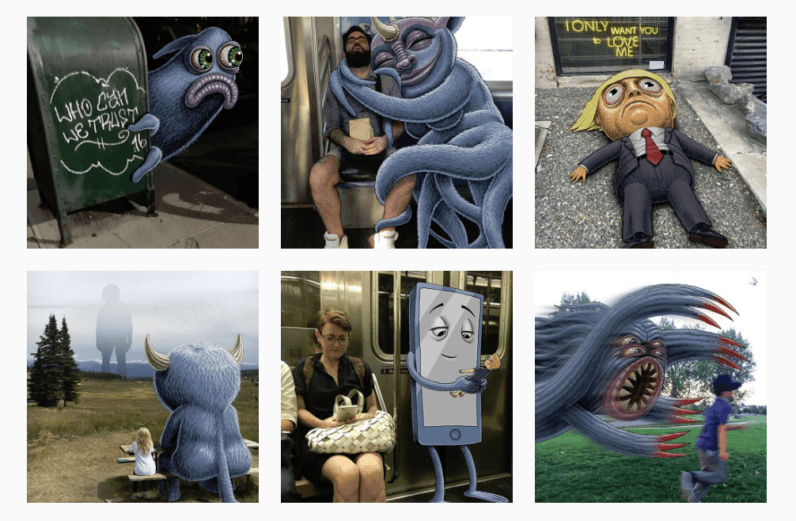 Traveling on the subway in New York City is never fun. Platforms are almost as hot as a furnace, stations are poorly signposted, and cell signal is nearly non-existent. Sure, you can always connect to a Wi-Fi network when you’re coming into a station, but they’re slow at the best of times.

Some people choose to read a good old-fashioned newspaper on their commutes, but many find this difficult as the shaky stop-start motion makes it impossible to follow the multitude of words that are printed on a page.

So what’s left to do when you’re embarking on a long journey to prevent your brain from frying of boredom?

Frequent subway user Ben Rubin has the answer: Sketching. And his particular doodles have gone viral as they innocently depict the different types of people we see during our daily commutes.

Rubin has since been sharing his sketches on his Instagram page where he has accumulated a total following of 42,800. Personally, I can see why. The images are fresh, entertaining and humorous.

We’ve included 10 of Rubin’s best doodles below for you to take a look at:

Number two’s my favorite. What’s yours?

Read next: Microsoft may kill the Lumia brand in favor of a new Surface Phone