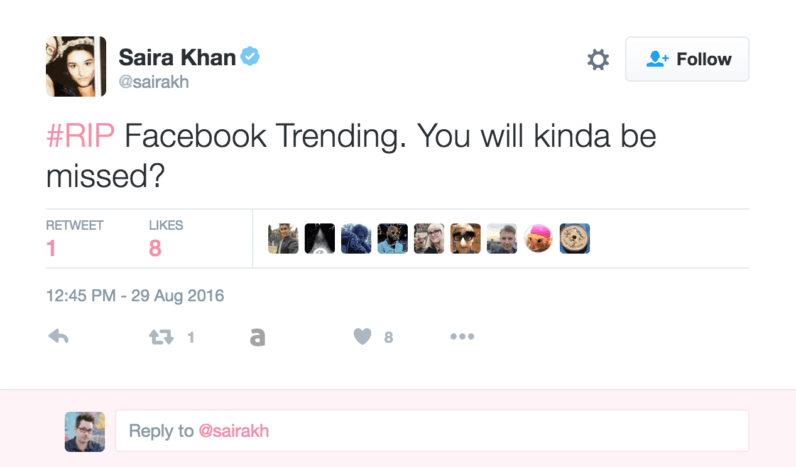 Three days after Facebook fired all its human curators, Saira Khan, a former Facebook curator, took to Twitter to share her experience with the company. Khan, now the social media editor at The New Yorker, detailed “the most absurd” things she saw in her time as a Facebook news curator. Some are heart-warming, others are gut-wrenching, but it’s an interesting peek into the lives of the people that formerly decided what was important enough to be a trending topic.

According to Khan, the most accurate and in-depth explanation of life as a news curator is found in a Guardian post titled: “I worked on Facebook’s Trending team — the most toxic work experience of my life.” In the piece — written by a former curator — the author accused Facebook managers of “intimidation, favoritism, and sexism.”

The report also accused managers of ignoring complaints of sexism by managers and editors to their direct supervisor.

Khan’s rant is in line with everything we’ve heard previously about working as a content curator for Facebook’s trending news team.

Read next: Kim Dotcom will livestream his extradition appeal