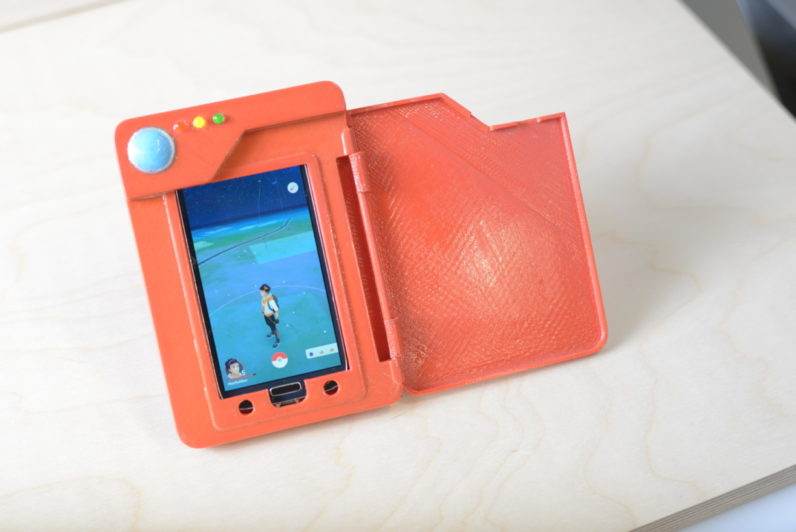 The solution? Make a Pokédex battery case, of course.

A user by the name of NPOOLE posted a blogpost detailing his creation on SparkFun (which sells parts for DIY electronics projects). The 3D printed case is modeled after a Kanto-era Pokédex to fit a Galaxy S4. It  features a 2,600 mAh battery, and working LED lights for some extra pizzaz.


This is the part where I appeal to Nintendo: Please start building this now. The company is already on something of a roll this week after Pokémon Go and news it was re-releasing the NES. As one redditor put it, If Nintendo released official Pokedex battery case , it would probably double the GDP of Japan.

NPOOLE says this is just the first iteration; he plans on adding cooling fans and extra batteries to the next revision. In the meantime you can download the design from Github if you want to 3D-print your own, and check out the original source below for more info.