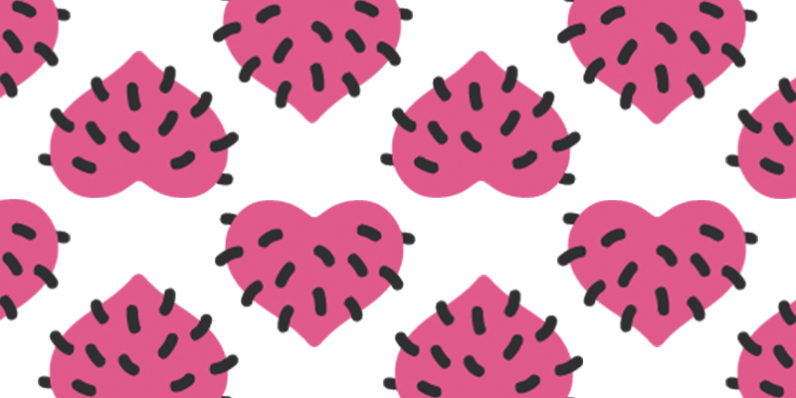 There’s one language everyone with a smartphone speaks… emoji.

So when things go wrong and someone misinterprets a Unicode reference drawing for an emoji, a lot of people end up with something really strange.

However, the illustrators translating the reference drawings into an emoji that fit the Android style, for some reason thought the dotted heart stood for the pink monstrosity above.

Unicode works in a way that means when an iOS user sends an unassuming yellow heart, it shows up as the pink, hairy beast straight out of a smartphone’s fever dream.

The grotesque, scrotum-heart concoction was only available for a few months as it was — praise the emoji gods — eradicated in the Android 4.4.1 release. And the world has been a better place ever since.

Read next: Browse privately and securely with HideMyAss! VPN (now 55% off)