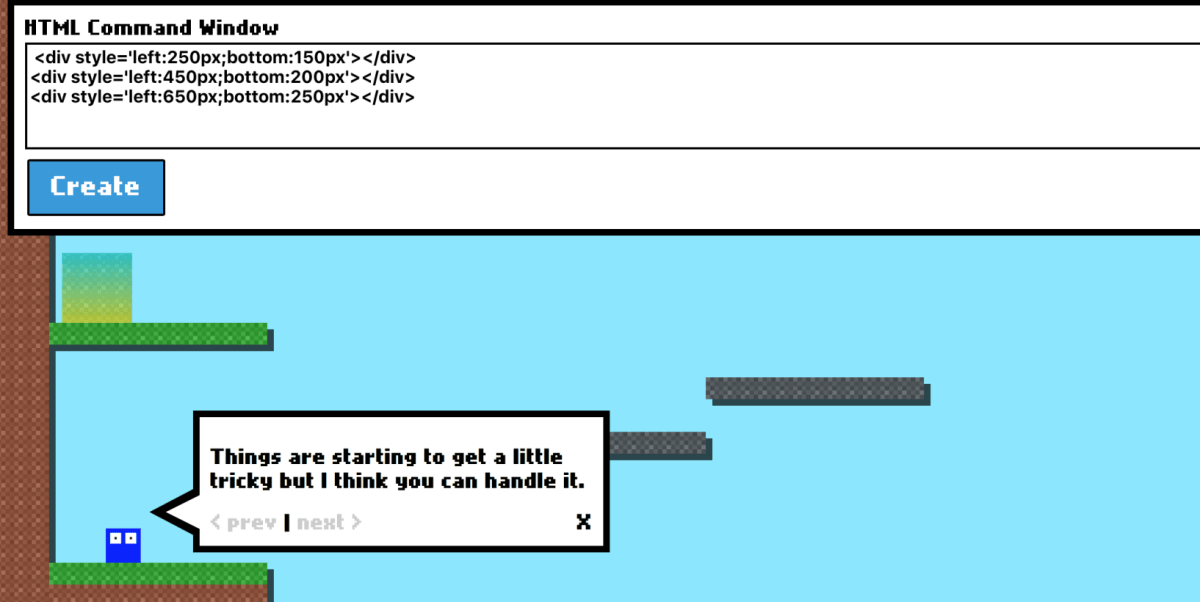 If using HTML to navigate a Mario-inspired world sounds like the perfect platformer for you, ‘Super Markup World‘ is not to be missed.

The game lacks a real storyline or characters, but it does have a helpful blinking blue dot that guides you through HTML challenges that progress in difficulty as you advance.

Unlike Mario games, Super Markup World isn’t about finding the princess or jumping on flagpoles, but instead features a series of puzzles that you solve from the HTML command window at the top of the screen. In level one, for example, you begin with a single platform and a lot of empty space that’s impossible to jump over. From the HTML command window, you can then extend the platform, or create new ones and position them in the right location to help you get to the other side.

Although it lacks any elements that would make this a typical platformer, such as music, a storyline or even a defined end goal, Super Markup World was a satisfying time killer that allowed us to knock the dust off of our HTML knowledge for a practical purpose.

Read next: Paste is the Mac clipboard manager you never knew you needed