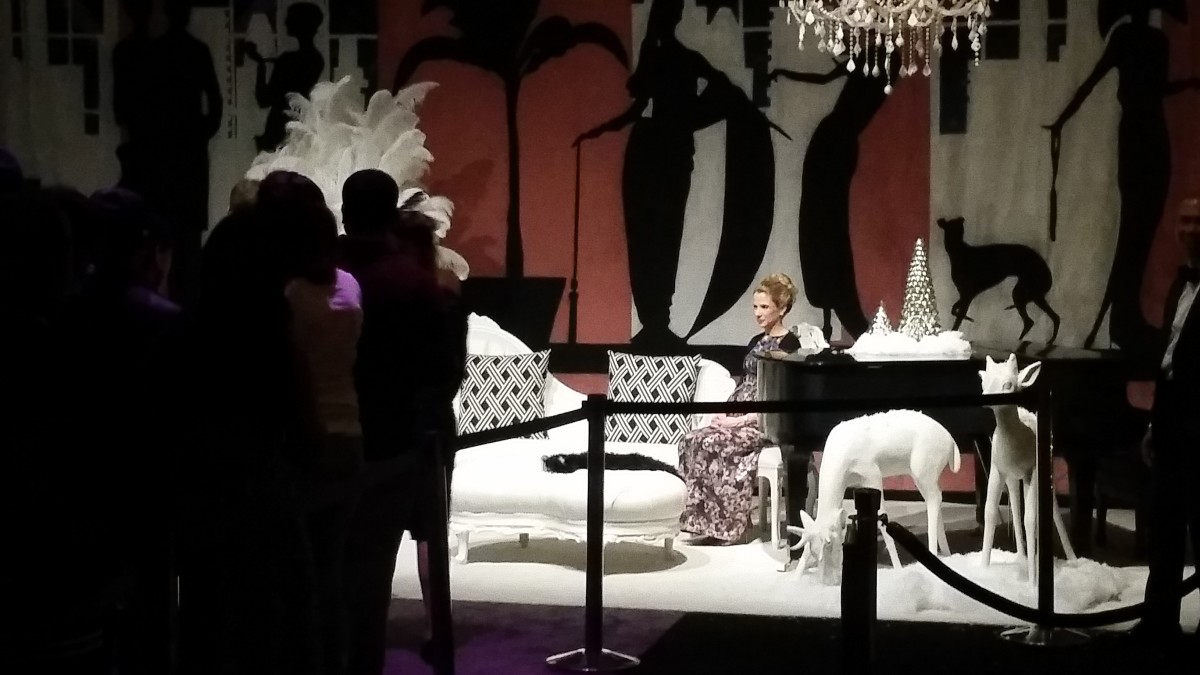 When it comes to end of year parties, some of the bigger tech companies have been known to go all out and throw nothing short of an extravaganza.

However, Yahoo’s 2015 soiree has topped the list for its complete and utter bizarreness.

As Vice’s Motherboard reports, Yahoo threw a lavish 1920s themed party that apparently cost not a lot less than $10 million dollars, which seems just a little cray for a company that’s future is so openly up in the air.  Shortly after this party, Yahoo announced it will spin off its core business in order to hang onto its $31 billion stake in the Chinese internet giant Alibaba.

It doesn’t seem like the party planning crew got the memo though. In a room adorned with chandeliers, the finest booze Silicon Valley has to offer and a vintage Rolls Royce, Yahoo staff partied the night away… While CEO Marissa Mayer sat in a cordoned off area on a white couch surrounded by velvet rope, acting as the party photo booth.

Having Mayer segregated from the rest of the company on a pedestal is quite apropos, given the recent questioning of Yahoo’s future and her position with the company. And while I truly admire Mayer and the work she has done at Yahoo and Google, as well as her philanthropic projects, this positioning just seems unnaturally bizarre for the CEO.

You can see more of the extravagant affair here.

➤ Yahoo had a party [Motherboard]

Read next: This Chrome extension will save you from seeing Star Wars spoilers