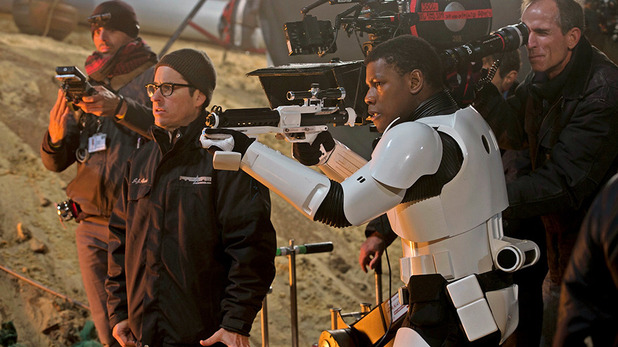 Today in SMH news, a group of racist Star Wars “fans” have started a #BoycottStarWarsVII movement on Twitter, alleging that the new flick promotes “white genocide.”

Go ahead, I’ll give you a second to try not throwing your smartphone, laptop or whatever you’re reading this article on out of the window.

The group claims “Star Wars: The Force Awakens” is “anti-white propaganda” as it is the first major Star Wars film to cast a black actor for a white role. These folks obviously haven’t heard of James Earl Jones, Billy Dee Williams or Samuel L. Jackson.

#BoycottStarWarsVII If white people aren’t wanted in Star Wars, then our money must not be either.

#BoycottStarWarsVII because I am sick of muds being casted in white parts. #StopAppropriatingWhiteCulture — Lord Humungus (@DarklyEnlighten) October 19, 2015

Apparently, “a long time ago in a galaxy far, far away” is just Twitter stuck in 1960s America.

Thankfully, the hashtag is now mostly hijacked by fans supporting the multicultural universe of The Force Awakens.

Plus, the boycott means come December 18 – you won’t have to share the theater with racists or trolls. They’ve outed themselves as idiots, and you get their extra movie tickets.