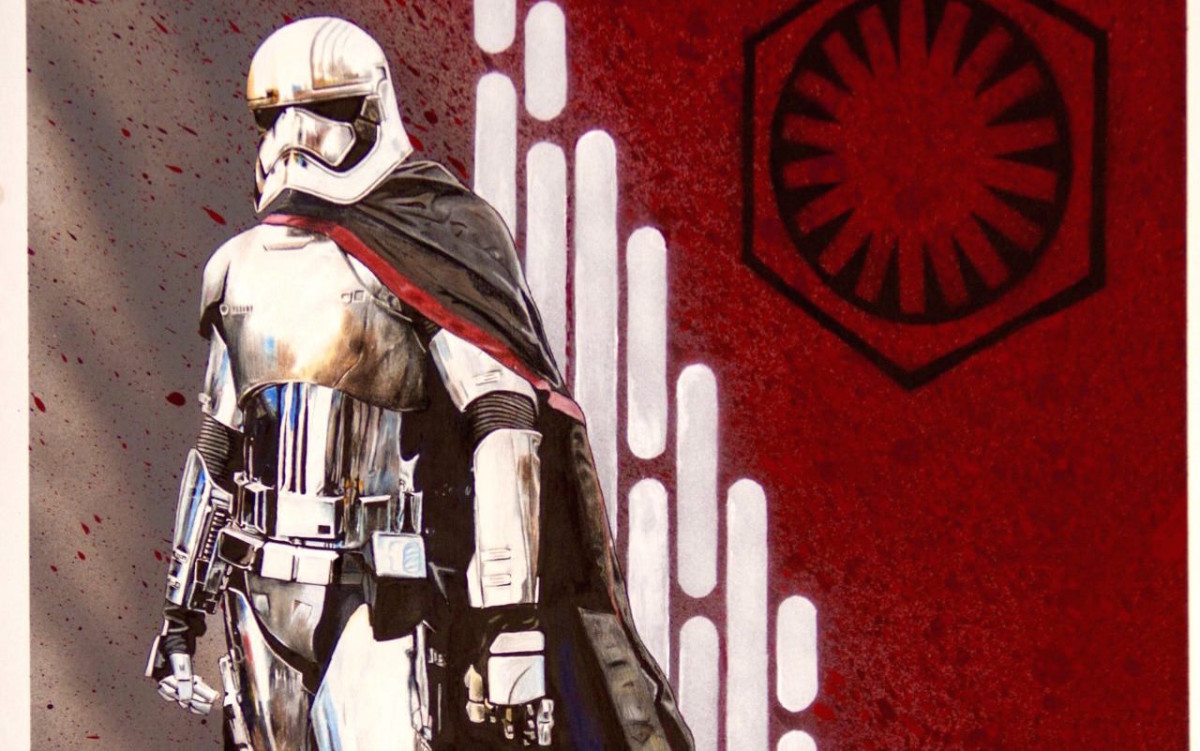 As hype continues to build around the latest Star Wars installment, ‘The Force Awakens,’ the brand has been gearing up its fans by encouraging them to submit fan art of the installment’s latest characters.

In a post released yesterday, it showed off a drawing by a man named Seth Groves who had submitted a rendering of new character Captain Phasma.

But what started out as an art showcase turned into a lesson in sexism. While little is known about the stormtrooper, we do know that she is female — played by ‘Game of Thrones’ actress Gwendolyn Christie. Apparently, that didn’t sit well with someone who commented on the photo about Phasma’s sleek, protective armor. Whoever is controlling Star Wars’ social account was ready for it, though:

Let’s put aside the fact that when you start a sentence immediately disclaiming you’re not trying to be sexist (or racist, homophobic, etc.), you are 90 percent of the time saying something that actually is sexist. Instead, Star Wars has come to its own defense of the aesthetic decision by the franchise to keep Phasma in armor that doesn’t conform to her curves.

So-called “boob-plate armor” is generally heavy armor that has molds for a woman’s breasts, and has come under fire distinctly for its impracticality (best articulated in a viral post on Tor.com). While it’s not explicitly wrong compared to the more ridiculous costume choices women portray in pop media — I mean, look at Quiet from Metal Gear Solid V — Star Wars has now become an explicit advocate for the idea that female characters do not need shapely armor to reinforce that they are female.

It seems that Star Wars’ clapback was enough to get the commenter to delete his question from the photo. But the aftermath still remains.

Some people are happy.

Some people are predictably sexist.

And still others continue to defend the decision in pretty awesome ways.