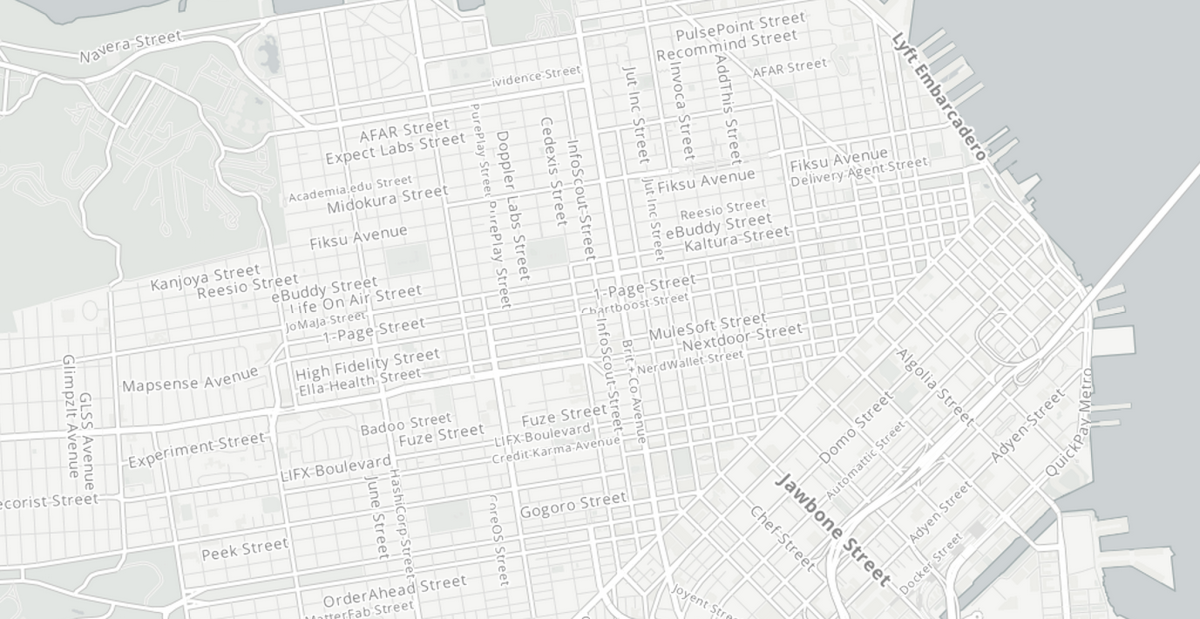 Tech rules just about everything in San Francisco. Yeah, sure, there are definitely other industries here, but it’s hard to imagine exactly how much tech money flows through this city, and how many startups actually survive and thrive in this seven-by-seven-mile city.

CartoDB has mashed up startup data from Crunchbase with the San Francisco Map to show how tech is found all around the city. The method for the map is simple: startups with major funding get bigger streets in relative  to where they are.

“That’s kind of one of the neat things we do, is that we can do combinations of data on the fly and recast them,” Andrew Hill, Chief Science Officer of CartoDB, told TNW. “It’s looking at the same question: what do you do if you look at San Francisco as its redrawn by the startup world?”

For example, Airbnb is located on 8th and Brannan street in the city, but is so large that it gets to occupy the bigger and busier 16th street. Dropbox is located in the SoMa neighborhood, but is the owner of main neighborhood thoroughfare Market Street.

But it’s not just the big names that make this map so interesting — it actually gives a great illustration as so how widespread tech startups are in the city. Hill notes that his favorite is Lyft Embarcadero:

“Given what Lyft does and where it is on the map, I thought it was perfect,” he said.

It’s easy to peg the tech vibe in downtown San Francisco, but companies are really all over: Everlane is in the Mission neighborhood, for example, as is Asana. Meerkat creator Life on Air resides up in the Pacific Heights neighborhood, relatively far from where the action is considered to be.

CartoDB created additional maps, including this one that shows the San Francisco skyline redrawn by how much funding money has been pumped into the startups residing in those buildings:

The darker buildings indicate that there are less companies residing in the building, which means that the money is even more concentrated. Here, it’s easy to see why the Financial District and SoMa remain the hotbed for tech activity.

Although it remains relatively unseen to the average person on the street, never forget how big tech is in San Francisco. It is huge.

Read Next: The amount of money VCs are raising right now is insane