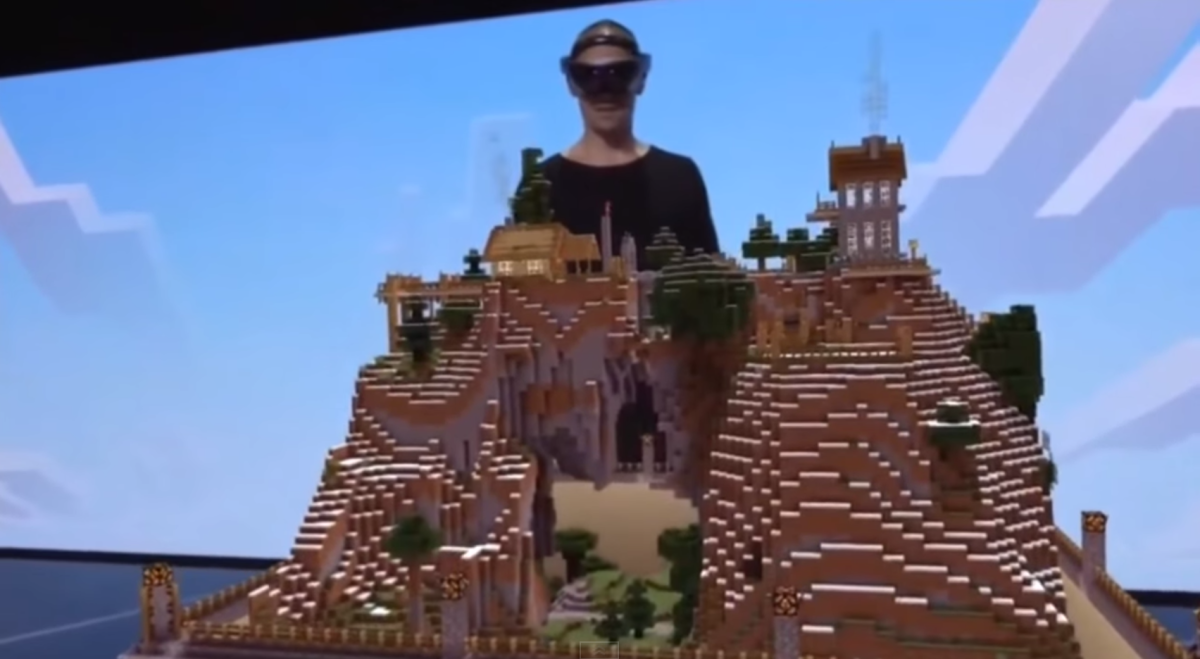 If all the recent HoloLens news and last week’s Oculus partnership haven’t convinced you Microsoft is serious about virtual and augmented reality, maybe today’s news from E3 will sway you.

After unveiling backwards-compatibility for the Xbox One, an all-new professional controller and a slew of new games, Microsoft dedicated a good deal of its time to virtual reality.

It started off with the announcement that MS was adding Valve to its list of partners for VR games. That means we’ll likely see HTC’s Vive headset working with Microsoft’s virtual titles.

The rest of the VR segment was dedicated to Microsoft’s own products, HoloLens and Minecraft, and what they showed off was pretty darn awesome.

The new HoloLens-optimized Minecraft lets you create a world right on your table or desk, projected as a hologram when you look through your headset. It’s basically a holographic diorama.

While Microsoft had shown off a Minecraft-like block game at its Build Event in May, this is the first time we see the official game rendered in augmented reality.

You can use both gestures and voice commands to navigate your virtually-constructed worlds. Saying “close up” will zoom onto your character, while saying “overview”will let you see the entire map from afar.

You can still play with regular Minecraft users too – the VR version connects with PC players just the same.

There’s no word on when Minecraft for HoloLens will be available, but if this is a sign of what’s coming, we can’t wait. Microsoft says it’ll have more to announce on Minecraft at Minecon in a few weeks. You can check out the full segment via Kotaku below.

Read next: Addappt for Android update has a completely new UI built for faster navigation