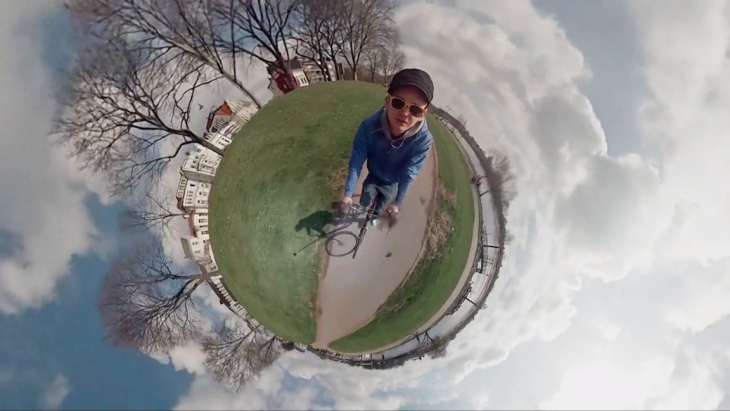 If you thought those ‘miniature world’ photos were cool, this video will make you wish you had a bunch of GoPro cameras lying around to play with.

Jonas 3D-printed the mount, attached the cameras and went for a bike ride through a park. The results are incredible – a miniature world created in video for the first time.

In a post to his blog (in German), Jonas says that he spent a little over a year trying various methods to make a video version of the miniature world with disappointing results.

He tried everything from mirrors to putting cameras on turntables with little results and eventually came to the conclusion he would need lots of cameras to produce it and began creating a mount to do just that.

Not only did Jonas create the mount, he also open-sourced the 3D printing schematics so anyone can download the specifications from Thingiverse and create one at home.

The video above is the only one Jonas has posted so far, but it’s likely he’ll post more in the future so make sure to follow him over on Vimeo.

Don’t miss: This surfing video shot with a drone and a GoPro at Banzai Pipeline will blow you away

Read next: Understanding Klout as a brokerage business