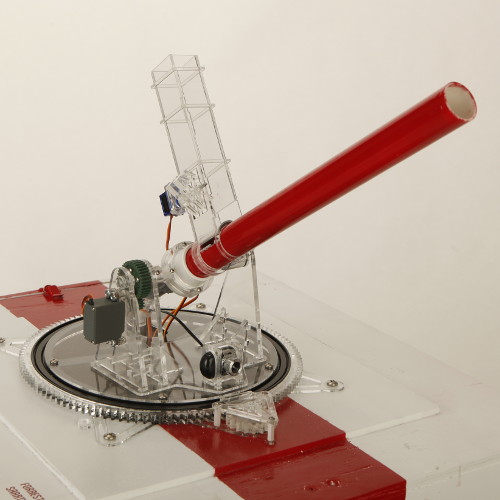 A group of four Olin College engineering students decided they wanted to build a pneumatic-powered face-tracking marshmallow cannon. The goal? Get the gelatin treat inside the target’s mouth. Introducing the Confectionery Canon:

The majority of the device is made out of acrylic, but there are also a few aluminum pieces that hold together four servos, a webcam, a solenoid, a PVC tank, and an Arduino Uno. Python and OpenCV is used to do the actual face tracking. We’d be lying if we said we didn’t want one.

Read next: LG's curved G Flex smartphone is landing in Europe next month