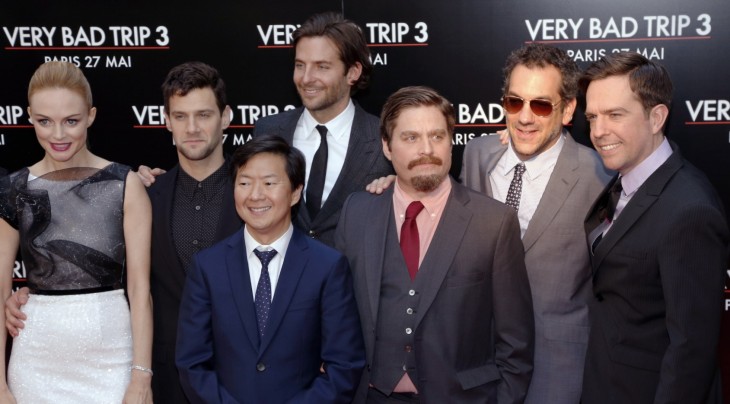 This is a great clip form a BBC interview of Hangover III stars Ed Helms, Zach Galifianakis and Bradley Cooper, shared by Andy Baio. In the segment, Galifianakis jokes that he’s crowd funding his headshots on Kickstarter and that sets off a little discussion about how much money the Veronica Mars movie and Zach Braff projects have raised.

Cooper and Galifianakis seem intrigued about the way it works and Helms has a pretty good handle on the benefits of a pool of crowd-funded money powering a film project. The greater autonomy that comes from a large amount of contributors vs. a lump sum with strings attached was something that Braff spoke about in his response video to detractors. There’s often a subtle web of influences that are exerted on filmmakers that accept funding from either a studio or sole investor. And there’s nothing that a creator hates more than loss of control.

It’s a short little clip, but you can see the gears turning and you can see that they’re grasping right away what the power of a distributed funding option like Kickstarter is. I think that the big projects that we’ve seen so far are just the tip of the iceberg.

Read next: Google says it won’t approve any Glass apps with facial recognition until it has protections in place