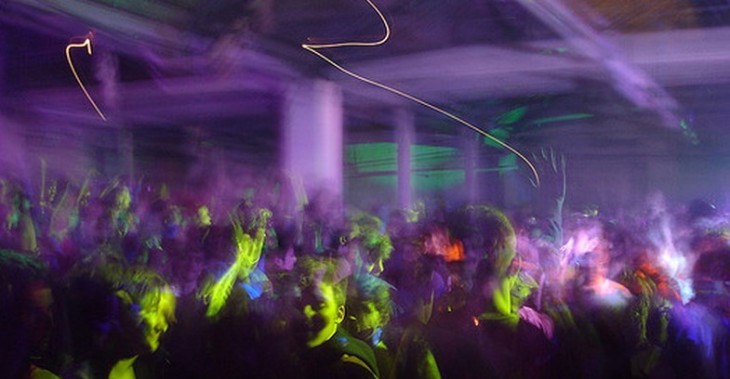 You might never attend one, but keep this bit of information in your back pocket: A new trend today is the ‘algorave,’ in which people dance in a rave-like environment to music generated by algorithms.

According to a central algorave website – I abstain from dubbing it ‘official – the goal is to take a common piece of software that allows someone to create music based on an algorithm, and then compose the tunes live as people dance. The focus is not on the musician, incidentally, but instead on how people react to what they create.

Alex McLean, a proponent of the algorave movement, provided comment to BoingBoing concerning the idea, stating that:

Algoraves are parties where people come together to dance to algorithms. It generally involves some live coding but any producers making music. […] Generally some aspect of the algorithmic processes are visible, but the focus is actually on the audience, and having serious fun.”

A bit nerdy? Perhaps. Chaotic when an algorithm doesn’t exactly produce a danceable beat? Sure. But an interesting new way to look at music, dance, and the relationship between artist and attendee? Absolutely.

Here’s a clip, posted on BoingBoing as well as on Algorave.com, of a party in Mexico City. The music was created live at the event. Enjoy!

Read next: How to pivot away $34m: Israel's Xeround shuts it doors with a lesson