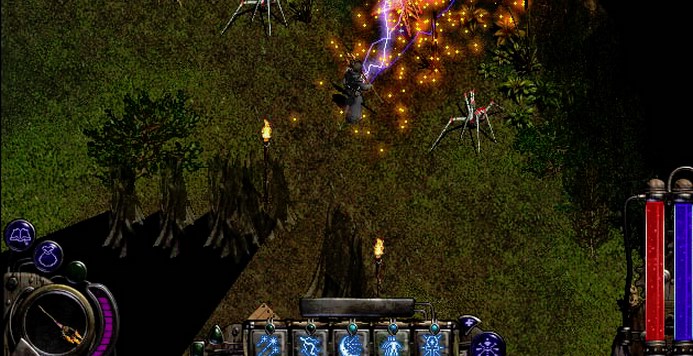 A Canadian accountant has built a role playing game (RPG) inside of Excel. It’s called Arena.Xlsm, and it does in fact work.

Why build an RPG inside of Excel? The question is backwards. Why the hell wouldn’t we? Anyone who spent the majority of math in High School programming their TI-83 to prevent boredom knows what I’m talking about.

Note: While TNW tested it on Excel 2010, your mileage may vary. Also, you have to enable the spreadsheet twice, one for editing and second for content. Excel’s protections built to keep you safe in this case are roadblocks in between you and some fun.

Now, to a few screenshots. Here’s the opening letter that you are served:

And here is the game in action. I just killed an in-game bunny. No actual animals were harmed in the creation of this post:

That bunny was weak. My character – the :) in the middle there – had a sword. Which beats paper, which beats rock, which beats bunny. Something like that.

If you need a smile and work at a desk, give the game a spin.

Read next: Down a CEO, Hulu said to hold talks with potential buyers