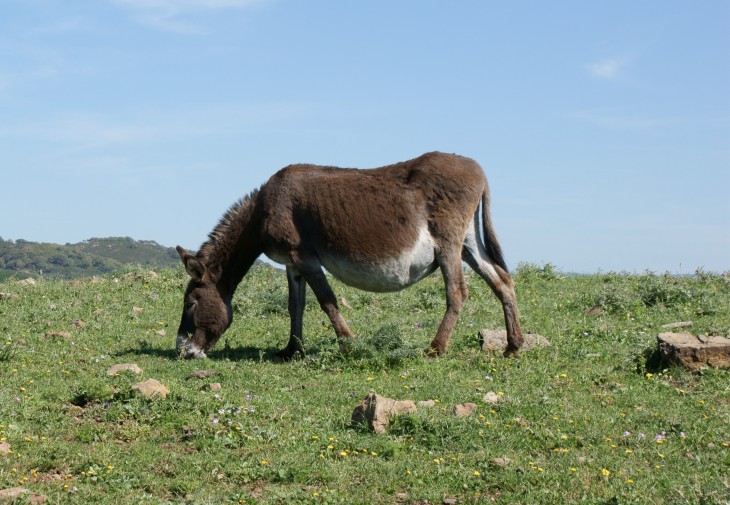 Here’s a story you don’t see every day. Google on Wednesday has gone on record to deny reports that one of its Google Maps Street View cars killed a donkey in the Kweneng region of Botswana. Seriously, we’re not kidding: the story got big enough that the company actually had to waste resources dispelling the speculation.

I think google street view ran over a donkey in Botswana;maps.gstatic.com/m/streetview/?…

Yet we only saw the story today, written up by news.com.au and republished by Fox News. Here’s the relevant part:

The Google Maps image reveals a puff of dust flying up from the injured donkey, suggesting that the image must have captured the donkey as it was falling rather than just lying on the road. Further evidence — when you zoom past the donkey, you will find it standing by the road, uninjured. Commentators claim it is possible that the Google Street View car ran over the donkey and the shot of it lying on the roadside was captured by the rear-facing camera.

Right, except that if you look closely, you’ll see that the reverse is true. The donkey was actually lying down on the road, and then got up to move when Google’s car came rumbling past:

Here is the approach:

Here is the donkey moving (left) and still alive and well after the car passed (rear view on the right):

Because of the way our 360-degree imagery is put together, it looked to some that our car had been involved in an unseemly hit and run, leaving the humble beast stranded in the road. As our imagery below shows, the donkey was lying in the path – perhaps enjoying a dust bath – before moving safely aside as our car drove past. I’m pleased to confirm the donkey is alive and well.

It’s not clear how Google verified the donkey’s current status. We think the company simply contacted the Street View employee in question and made sure he or she did not run a donkey over. The donkey may actually be dead right now, but not because of Google.

There have been some crazy images and corresponding stories courtesy of Street View. This one just isn’t one of them.

Read next: Grantoo moves beyond Web games, launches its Propeller SDK to extend reach to iOS and Android apps