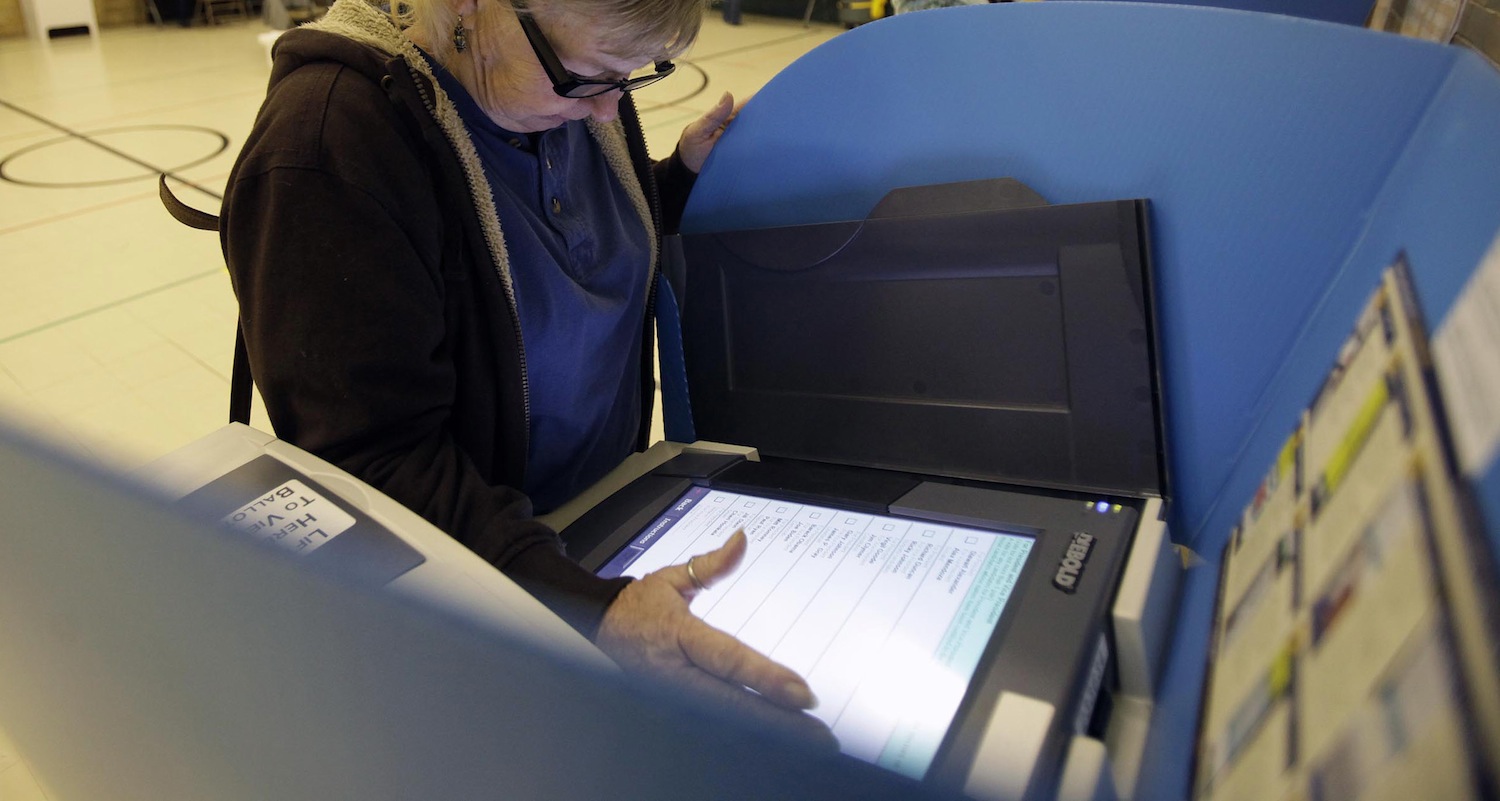 One Reddit user has taken to the popular network with an extremely serious claim: that voting machines are altering votes for the 2012 US Presidential Election.

The anonymous user, centralpavote, has provided a video, filmed on his Android phone, of a malfunction which prevented him from selecting Barack Obama. Keep in mind that at this point, centralpavote’s claim , but is certainly worthy of verification. Update: Confirmed by MSNBC:

A Pennsylvania electronic voting machine has been taken out of service after being captured on video changing a vote for President Obama into one for Mitt Romney, NBC News has confirmed.

We are unable to confirm whether or not something fraudulent has occurred, but the story seems to lean towards a malfunction. Joseph Lorenzo Hall, Senior Staff Technologist at the Center for Democracy & Technology, has claimed that it is a miscalibration of the touch screen, though Centralpavote’s personal account directly contradicts that statement, pointing towards a malfunctioning piece of hardware, incorrectly implemented software or, in the worst case scenario, intentional voter fraud.

The Reddit post has garnered thousands of comments and up votes, and while two Reddit users from CNN were active in the discussions, centralpavote is apparently in talks with NBC Universal and BBC News regarding the matter. We’ve embedded the video below.

According to centralpavote, he and his wife went to the voting booths this morning:

There were 4 older ladies running the show and 3 voting booths that are similar to a science fair project in how they fold up. They had an oval VOTE logo on top center and a cartridge slot on the left that the volunteers used to start your ballot.

Centralpavote detailed the malfunction, which occurred on a touch screen-based voting machine — reminiscent of what happened to Homer Simpson in 2008. Stating that he himself is a developer, centralpavote explains that he tested the calibration of the machine, but was able to vote for other candidates properly.:

I initially selected Obama but Romney was highlighted. I assumed it was being picky so I deselected Romney and tried Obama again, this time more carefully, and still got Romney. Being a software developer, I immediately went into troubleshoot mode. I first thought the calibration was off and tried selecting Jill Stein to actually highlight Obama. Nope. Jill Stein was selected just fine. Next I deselected her and started at the top of Romney’s name and started tapping very closely together to find the ‘active areas’. From the top of Romney’s button down to the bottom of the black checkbox beside Obama’s name was all active for Romney. From the bottom of that same checkbox to the bottom of the Obama button (basically a small white sliver) is what let me choose Obama. Stein’s button was fine. All other buttons worked fine.

While seeking help, nearby voters said that they did not run into any problems, but apparently one volunteer completely shrugged the issue off:

I then called over a volunteer to have a look at it. She him hawed for a bit then calmly said “It’s nothing to worry about, everything will be OK.” and went back to what she was doing. I then recorded this video.

From fighting SOPA legislation to hosting an Obama AMA, Reddit, in all its imperfections, has quickly become political powerhouse. Whether or not this issue has wings, the amount of attention the claim has received proves that Reddit functions as a political megaphone like almost no other network can.

We are watching this issue closely and will update you as it develops.

Update 1: Separate reports are suggesting that a simlar issue has been detected across North Carolina.

Update 2: According to Hall, Senior Staff Technologist at the Center for Democracy & Technology, the video above does not showcase fraud, but instead an “obviously miscalibrated iVotronic (ES&S) voting machine.”

Update 3: According to MSNBC, the Republican National Committee actually sent a letter to election officials in six states last week,”raising concerns that machines had wrongly counted votes for Romney as ones for Obama, and asking them to address the problem.” Talk about irony.

Update 4: TNW asked centralpavote what he believes is the cause of the issue. His response:

I can’t answer this question and I refuse to perpetuate any conspiracy theories. I do not know the cause and I will not speculate on it. I do know that the only buttons affected on my of equipment was Barack Obama’s.

Update 5: According to Mother Jones, the machine that was pulled aside has been recalibrated and is back in use. It’s noteworthy that this particular machine may or may not be the one used by centralpavote:

While he couldn’t say for certain that this was the machine that “centralpavoter” attempted to use, he added that “we believe they are probably connected.”

Read next: Confirmed: Microsoft to retire its Messenger IM service in Q1 2013, moving 100M+ users to Skype in single act