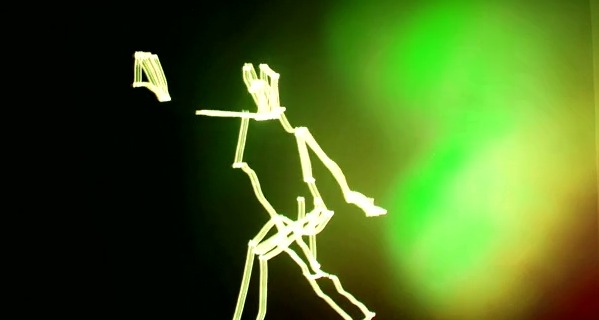 Search for “light drawing” on Google and you’ll find plenty of images to capture your imagination. From iPads to sparklers and flashlights, it really is a beautiful photography effect. But beyond imagery, artists are experimenting with animated light painting, which, when paired with robotics, yields excellent results.

Lightplot, created by Ben Cowell of rethinkfx, is a robotic 3D light painting system, which grew from early experiments with Lego NXT and robotics. It currently comprises of a custom built robotic arm controlled via Phidgets boards, which are driven by a stand alone Windows application written in C# and Microsoft .NET. The exporting software is written in Maxscript within Autodesk 3DS Max.

The tech behind the project is enough to give the average geek a rush, but what’s really impressive is the results. Honestly, I can’t possibly describe how wild these results are, but words like miraculous come to mind:

The process goes as follows:

Animation is exported from 3DS Max, and imported into the Lightplot software, which then drives a robotic arm to draw the models in the air. The software also controls a DSLR camera to take long exposure photographs of each frame of animation.

Cowell provides an extremely thorough guide on his blog, detailing the evolution of the Lightplot, with plenty of resources for anyone interested in diving into the space.

This project is a perfect example of the beauty of experimentation, and the merging the physical world with the digital. Of course, these animations could have been rendered entirely by a computer, but the results would have been much less magical. 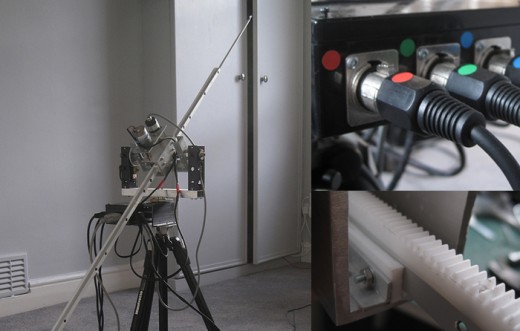 Read next: Mark Zuckerberg will reportedly be hanging out at Facebook HQ when its stock lists