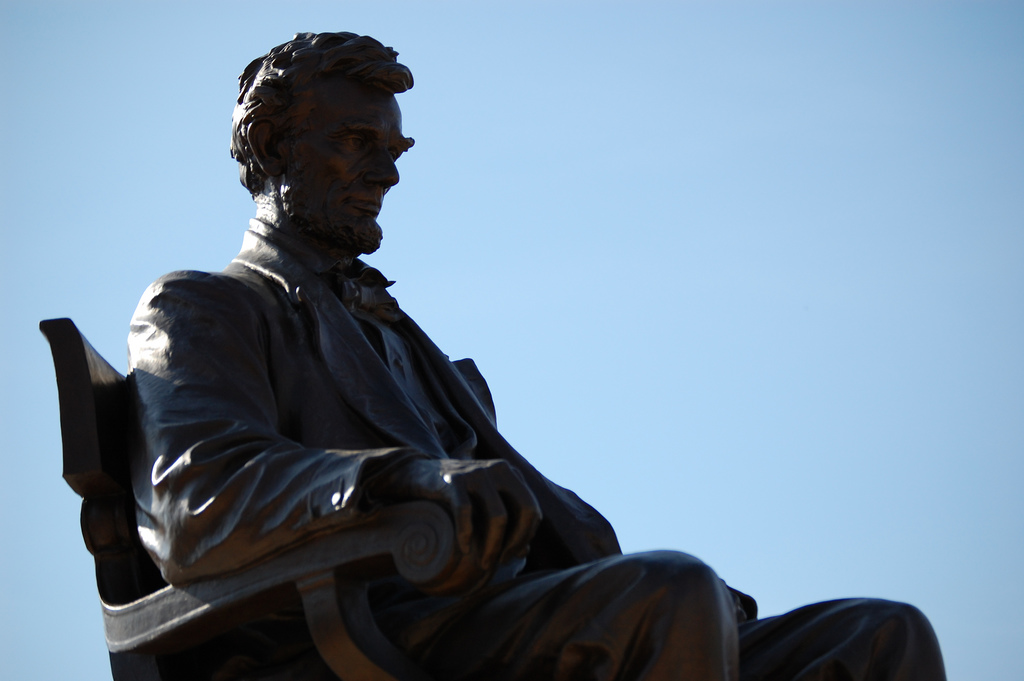 UPDATE: Many folks soon started to call out St. Pierre for fabricating this story, including Jason Kottke, and we now know for sure that this story was a fake.

You can’t make this stuff up, folks. Intrepid reporter (or just nosey historian) Nate St. Pierre did some digging in the grand old town of Springfield, IL where he took a tour of the Lincoln Museum and stumbled onto the “Springfield Gazette”, which was a paper entirely about Abraham Lincoln:

The whole Springfield Gazette was one sheet of paper, and it was all about Lincoln. Only him. Other people only came into the document in conjunction with how he experienced life at that moment. If you look at the Gazette picture above, you can see his portrait in the upper left-hand corner. See how the column of text under him is cut off on the left side? Stupid scanned picture, I know, ugh. But just to the left of his picture, and above that column of text, is a little box. And in that box you see three things: his name, his address, and his profession (attorney).

The first column underneath his picture contains a bunch of short blurbs about what’s going on in his life at the moment – work he recently did, some books the family bought, and the new games his boys made up. In the next three columns he shares a quote he likes, two poems, and a short story about the Pilgrim Fathers. I don’t know where he got them, but they’re obviously copied from somewhere. In the last three columns he tells the story of his day at the circus and tiny little story about his current life on the prairie.

Lincoln tried to patent this system for updating people, but was rejected:

Lincoln was requesting a patent for “The Gazette,” a system to “keep People aware of Others in the Town.” He laid out a plan where every town would have its own Gazette, named after the town itself. He listed the Springfield Gazette as his Visual Appendix, an example of the system he was talking about. Lincoln was proposing that each town build a centrally located collection of documents where “every Man may have his own page, where he might discuss his Family, his Work, and his Various Endeavors.”

He went on to propose that “each Man may decide if he shall make his page Available to the entire Town, or only to those with whom he has established Family or Friendship.” Evidently there was to be someone overseeing this collection of documents, and he would somehow know which pages anyone could look at, and which ones only certain people could see (it wasn’t quite clear in the application). Lincoln stated that these documents could be updated “at any time deemed Fit or Necessary,” so that anyone in town could know what was going on in their friends’ lives “without being Present in Body.”

Could you imagine every single person in your town having their own newspaper? That would have been a lot of dead trees. But there you have it, Abraham Lincoln out-Zucked Mark Zuckerberg…167 years ago.

Read next: What your smartphone may say about your politics