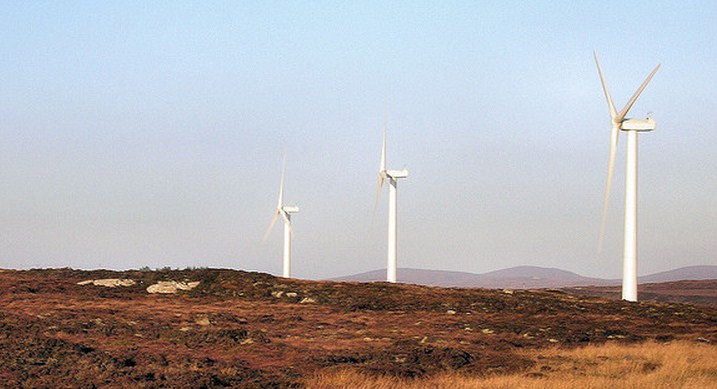 Remember in SimCity 2000, how many darn wind turbines it took to power your burgeoning metropolis? An infinite number. However, in the real world, unlike your hellish, digital dystopia, wind power isn’t quite so weak.

That’s why a news story out today caught our eye. Denmark, a country that most people can’t place on a map, is embarking on a new green power initiative that it is calling the “broadest, greenest, and most long-term energy agreement” that the country has ever enacted.

It’s quite audacious. Essentially, the country wants to end its use of carbon based fuels for power production entirely. According to the Guardian, the country now plans to “supply 35% of its total energy from renewables, with half of its electricity delivered by wind farms. The agreement also covers advances in renewable heat, smart grids, and biogas among other green technologies.” By 2050 the country intends to supply 100% of its energy from renewable sources.

Sure, Denmark is one, relatively small country. But this story demonstrates what a people, and their government can do when they have a united cause. 2050 remains 38 years away, but that is a relatively narrow interval to move an entrenched electrical grid off of a rather stubborn power source. Being 1/4th Danish, I have a bit of homeland bias, but I say good on Denmark.

Now, for fun, we have a visual treat for you. A common misconception about wind power is that its turbines are ugly. Wrong. Also, people don’t realize how simply massive they are. Think huge. Now triple that. The Guardian (again) has a simply fantastic photo walk-through of the creation and installation of wind turbines that you simply must read. Just to whet your appetite, check this out:

Yes, that red spot is a truck. Those blades are big.

Read next: If Apple is really rejecting apps over use of UDID, the lack of alternatives is a problem