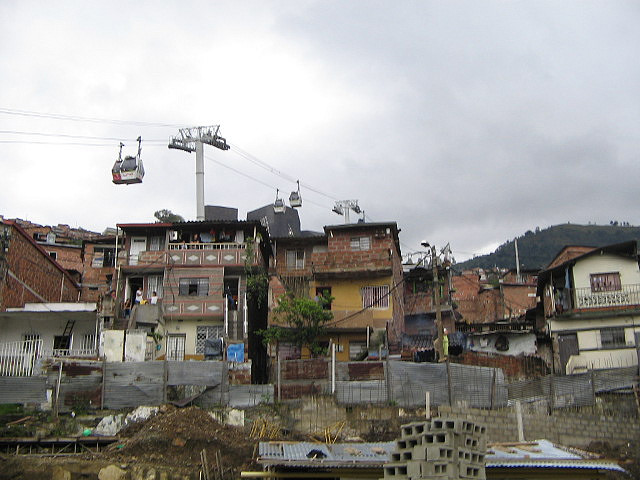 If you live in a rich country, escalators are likely part of your daily life; the novelty has long worn off, and most of us have come to ignore or even despise them.

We probably shouldn’t: escalators can also change lives, and that’s exactly what they’re doing in Colombia. Comuna 13, one of Medellin’s slums, has just inaugurated a giant outdoor escalator to give residents a free ride up and down the steep hill. Before its installation, locals had to climb hundred of steps to get home from the city center, which meant that the elderly were practically confined to their houses.

However, Comuna 13 wasn’t entirely isolated, as it already benefited from the construction of a ‘Metrocable‘ line linking it to another of Medellin. The city’s pioneering gondola lift system has become an example of urban integration in Latin America, and recently inspired a similar initiative in Rio de Janeiro.

Still, this new escalator will further improve the daily lives of the neighborhood’s 140,000 inhabitants. While it’s 384 meter long in total, it is divided into six different paths, which makes it much more convenient to get around. Watch a short video about it: