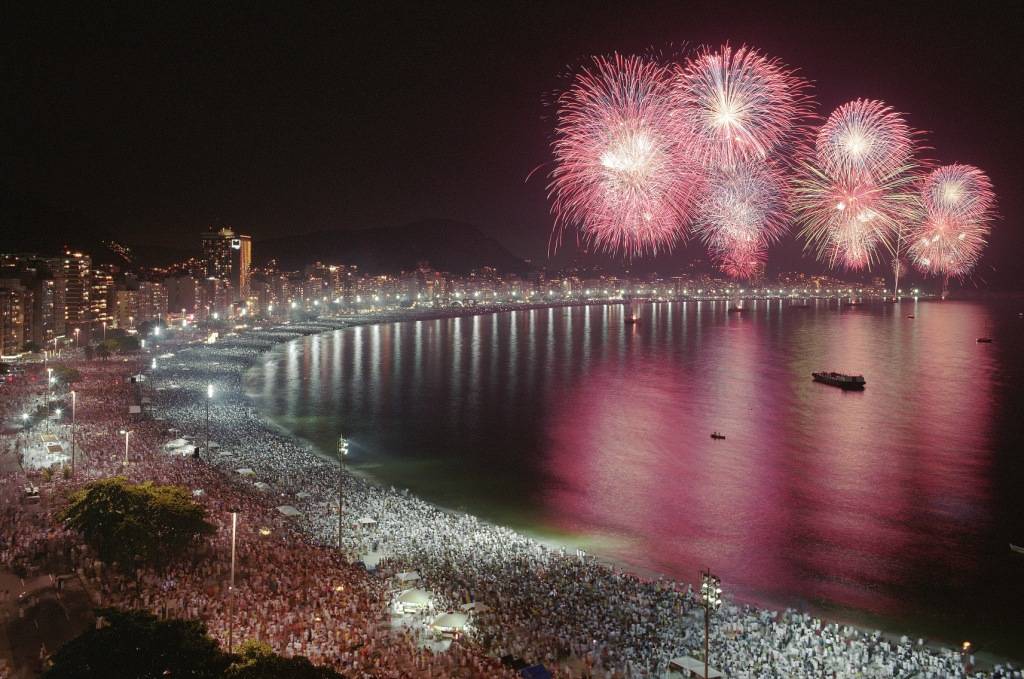 In April of this year, we reported on Oyster.com, a commerce meets editorial travel site much like Jetsetter and the lesser known, but locally rich Jauntsetter. Oyster is full of curated information to provide inspiration for wanderlust travelers, along with planning help that will put the traditional travel agent out of business.

The Travel Channel invested $7.5 million into Oyster.com and promotes Oyster on television and online in exchange for revenue share on trips booked on the site. And like many brands are trying to do online, the station is positioning itself as a lifestyle brand. The deal provides The Travel Channel with a new revenue stream in addition to advertising and cable subscription fees.

We caught up with the travel experts at Oyster just before the holidays to ask them where they thought we should go for New Year’s Eve. Should we usher the New Year before the rest of the world in Sydney? See the ball drop at Times Square? Party like a fist-pumping rock star in Vegas? Or gulp down twelve grapes before the last chime of the clock in Madrid?

Check out Oyster’s selection of the best places to be on New Year’s Eve and get ready to hop on the next flight to your favorite destination.

Few NYE celebrations are as famous as New York’s. While thousands of people brave the cold on Times Square waiting for the six-ton ball to drop, millions follow the events from home, hotels or clubs. Celebrations begin at 6 p.m. with the lighting and rising of the NYE Ball, followed by several musical performances (Pitbull, Hot Chelle Rae, Justin Bieber, Lady Gaga and more will keep partiers going this year), and finally the countdown. After midnight, parties continue with open bars, music and dancing till well after 2 a.m.

STAY: Marriott Marquis New York— to be in the heart of Times Square

Every year hundreds of thousands of people visit Las Vegas in New Year’s Eve, so it’s no wonder nightlife operators plan the events months in advance. Venues and hotels secure huge headliners that spice up the last night, and charge an average cover of $150, which generally includes a two- or three-hour open bar and a midnight toast. Add the traditional gambling, wild bashes, gorgeous pyrotechnics shows, the Bellagio’s dancing fountains and overall party ambiance, and you have one of the world’s best NYE celebrations.

STAY: Bellagio—to have the dancing fountains outside your room and two of the biggest parties an elevator ride away.

The New Year’s Eve fireworks are always spectacular, with hundreds of thousands of people flocking to the London Eye to watch them. But this year London is not only gearing up for the Olympics, but also for the celebrations of Queen Elizabeth II’s Diamond Jubilee, and so the city is getting all dressed up for the big day. On New Year’s Day, the celebrations will kick off with a 3-hour parade featuring marching bands, 10,000 performers representing 20 countries worldwide, and concerts.

STAY: St. James’s Hotel and Club—to be within walking distance to the New Year’s Day Parade.

For a NYE with the kids, few places deliver as Disney World does. The theme park opens an hour early on the 31st (at 7 a.m.) for Disney Resort guests in preparation for the day-long celebrations, which include live entertainment throughout the day and the evening, and impressive fireworks at midnight. Parties and activities go on until 1 a.m. in most parks, with video games, dance parties, confetti drops, Champagne toasts for adults, and Cirque Du Soleil performances for all.

Wrap up the year in one of the last places to bid goodbye to 2011. Hawaii offers dozens of activities, gorgeous beaches and beautiful landscapes, aside from the traditional midnight fireworks. Cruises, restaurants, and hotels have special packages for that night, with open bars, dance parties and activities for the whole family. The great thing about spending New Year’s in Hawaii is that whether you want to spend the night in a booming club or away from it all in a remote location, you’re sure to find what you’re looking for.

Sydney is the world’s first big city to greet the New Year. The fun starts at 6 p.m. with an aerial and water show at Sydney Harbour, followed by the “Acknowledgement of Country” event, a smoking ceremony from Aboriginal and Torres Strait Islander vessels to cleanse the harbor of negative spirits. The 8-minute Family Fireworks are designed for kids and are a prelude to the impressive fireworks display to follow at midnight, followed by thousands of people both live and on TV. The most spectacular part of the celebrations is when dozens of vessels switch on their lights and begin the “Harbour of Light Parade”.

Victoria Harbour is the main stage of the huge New Year’s celebrations in Hong Kong. The party begins with a countdown and ball drop at Times Square shopping mall, followed by fireworks from different parts of the waterfront. Several cruise companies offer NYE packages on their ships, which generally include dinner and exclusive views of the pyrotechnics. If you can’t be there, the Hong Kong Tourism Board (HKTB) will provide satellite feed of the entire event for use by television broadcasters worldwide.

A street party including DJ’s, outdoor bars, giant screens and fireworks are only the beginning of a four-day festival to mark the beginning of the new year—Edinburgh’s famous Hogmanay. Expect everything from performances, traditional Scottish music, and dance lessons, to the Queensferry Loony Dook annual splash in the freezing River Forth, candlelit concerts in St Gile’s Cathedral, and the New Year Games.

The City of Lights offers plenty of options for those lucky enough to greet the New Year there. Most Parisians spend the last night of the year with their families—but after midnight, the city becomes alive with celebrations. However, those who want to get a close-up view of the action head to the Champs-Elysees and the area surrounding the Eiffel Tower to see the magical fireworks displays. Clubs, restaurants and entertainment venues put on their best dresses to welcome the New Year, most of them staying open until the wee hours.

Grab twelve grapes and head to Puerta del Sol square if you want to experience first-hand how Spaniards usher the New Year. Thousands of people gather around the clock tower and eat a grape for every chime while a golden ball drops. After midnight, everyone takes to the streets and heads to mass parties in clubs and hotels, where they dance the night away before putting the cap to the celebrations with the famous chocolate con churros (hot chocolate and churros) well after 8 a.m.

Feeling inspired? So, where will you be this New Year’s Eve?

Read next: This designer's movie quiz will take you back to the eighties