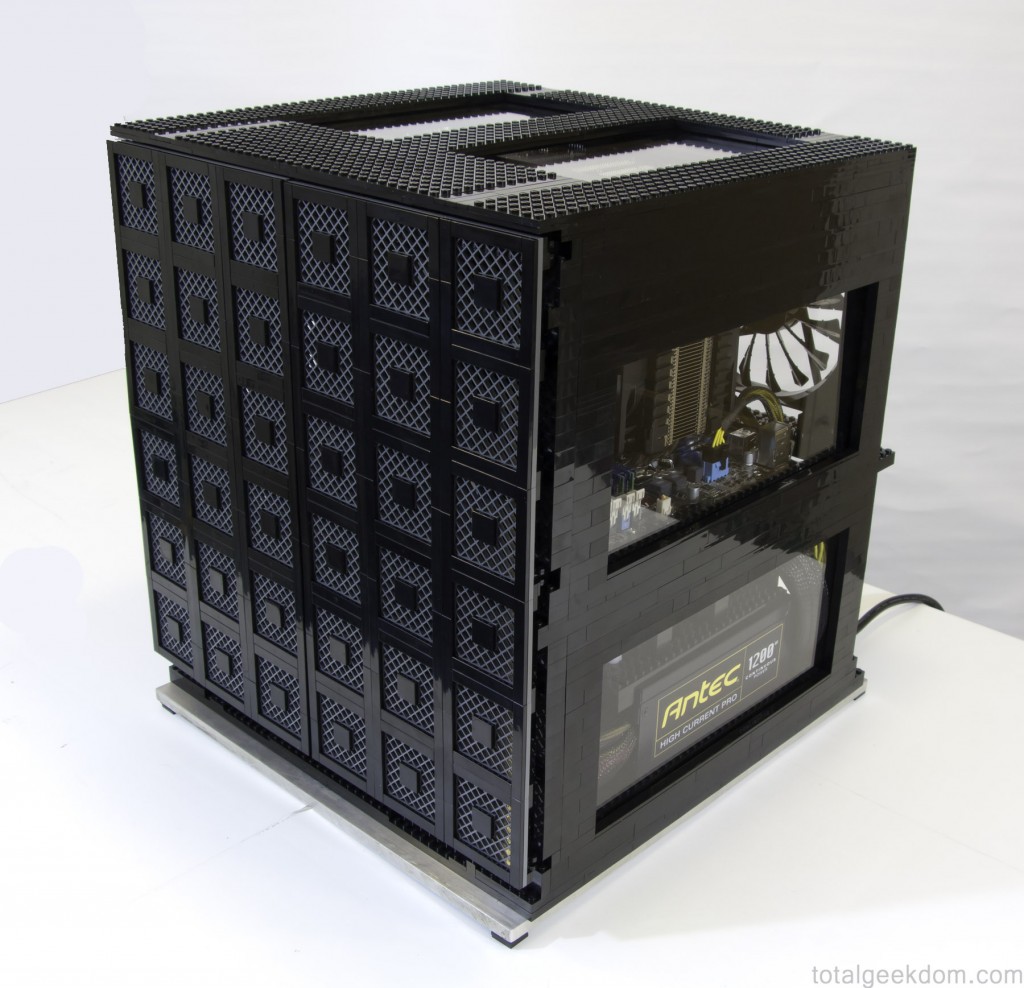 When Mike Schropp set out to create a new computer, he just wanted something faster than his previous machine. On further thought, he decided to alter his plans slightly to donate his computer’s off hours to helping cure some of the world’s crappiest diseases.

As a self-professed geek, Schropp felt that the best way to give his new machine a unique feel was to turn to the building power of Lego. The result is a thing of beauty that would be a fitting addition to any nerd arsenal.

Schropp’s Lego-encased machine is liquid cooled and incorporates 3 CPUs with 12 total cores across 3 motherboards and power supplies. It contributes its time to IBM’s World Community Grid, a distributed computing project that utilizes the aggregated power of its members to help perform intense computer calculations which help it to solve scientific problems related to cancer research, treating malaria, improving solar energy technology and more.

The computer is just as cool as its cause, and looks really intense completely assembled. Schropp says that he has plans to tweak and upgrade various parts of the machine to improve airflow and performance.

A very geeky, and very cool, Lego computer built for a very good cause. To learn more about the construction of the computer, including many more images, check out Schropp’s post on it here and to learn more about the World Computing Grid and how you can donate your spare CPU cycles to the project, head over here.

Read next: India's pre-screening censorship plan may have been misreported after all