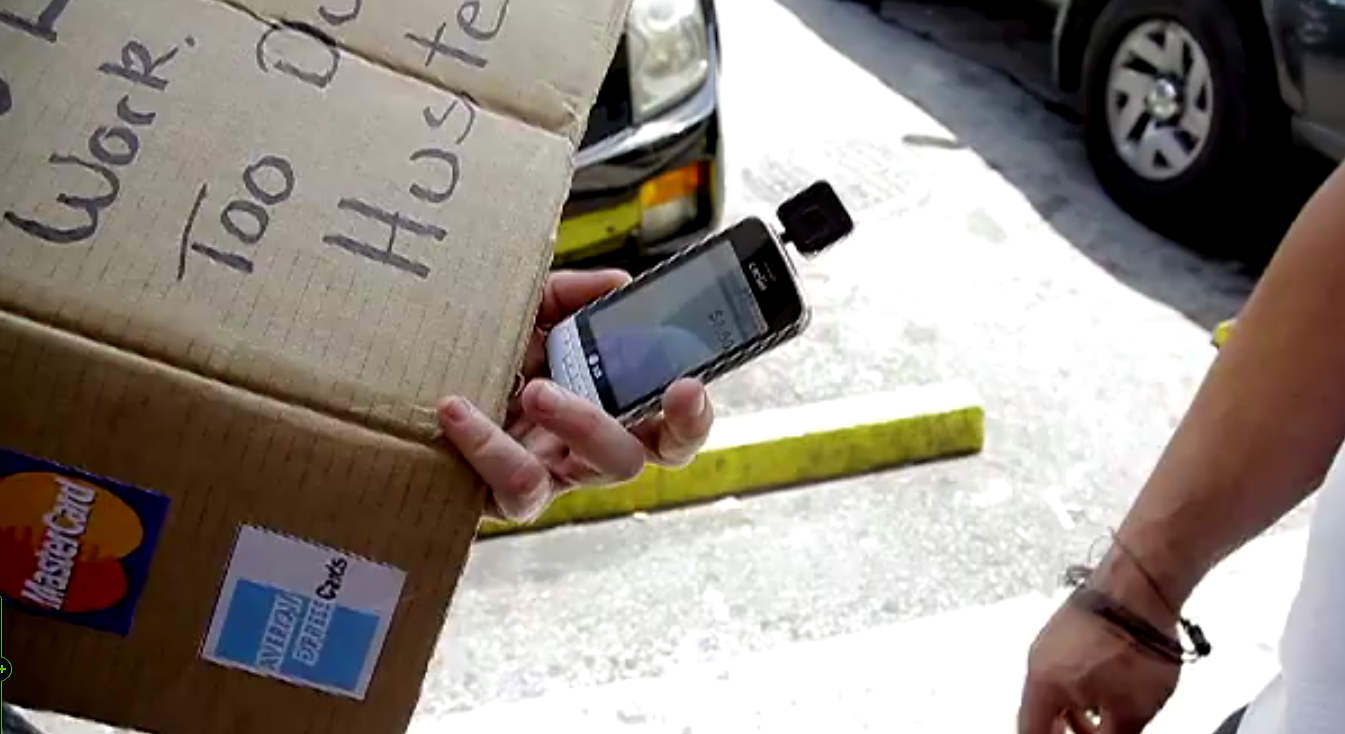 Homeless guy Mark aka “Madwhite” is raking in a lot more dough now that he accepts Square, Visa, MasterCard or DiscoverCard transactions. In fact, he’s making 4 times what he normally makes because he says now people can’t use the “I have no cash” excuse. Smart.

Once they swipe their credit card, he even lets them know it’s a tax write off! And the best part for Madwhite? Once he has your information, he’ll email you to let you know what corners he’ll be frequenting next. If you’re lucky enough, maybe he’ll even shoot you a text.

Why do I have a feeling this went down in Florida…

Read next: Zombies, Run! could be the app that gets you exercising again, thanks to Kickstarter